Turkey and Pictures for the times coming

Many people in the last hundreds of years did come in (on the strength of) the name of Jesus Christ. In the seventies I also followed some people who seemed to have a good attitude and who tried to build up a world of peace. I went to several meetings in the City of London and saw how they preached all over the country with fire. But after some months of connection I got to know their leader more and was surprised that he presented himself as the returned Messiah. Mr Moon without any blush on his face proclaimed that he was the messiah or  Jesus who came back on this earth. For me that was the big red sign to leave this group of enthusiast readers of the Word of God who lived in poverty but had a leader who lived in an enormous wealth. To me it had seriously looked truthful that he wanted to get a peace movement going also because in 1975 he had sponsored one of the largest peaceful gatherings in history (1.2 million people) in Yoido, South Korea. That same year, he sponsored a rally of 300,000 by the Washington Monument in Washington D.C.

Through the years I came to see that there where more figures who proclaimed that they were sent ones from God. They, like so many others, spoke about the times of the past and the times to come. Luckily for us Jesus had warned us to look out for doomsday deceivers. He said already to his apostles that many leaders were going to show up with forged identities, claiming, ‘I am Christ, the Messiah. “They will deceive a lot of people.”Christ Jesus warned and added that when reports come in of wars and rumoured wars, we had to keep our head and don’t panic. This is routine history; this is no sign of the end. Nation will fight nation and ruler fight ruler, over and over. Famines and earthquakes will occur in various places.  This is nothing compared to what is coming. But Jesus in his short active life of teaching gave a reasonable well picture for us how to recognise that we could come closer to those end-times. In the confusion, lying preachers will come forward and deceive a lot of people. For many others, the overwhelming spread of evil will do them in—nothing left of their love but a mound of ashes. Staying with it — that’s what God requires. Stay with it to the end. You won’t be sorry, and you’ll be saved.  All during this time, the good news — the Message of the kingdom — will be preached all over the world, a witness staked out in every country. And then the end will come we are told. (Matthew 24:1-14)

We have faced the time that children went against their elders, we are in a time when adults enjoy the sex just for the pleasure and not as much for loving the other and without taking the responsibilities for the children who could come out of their physical actions. We have seen that the prophesy of the beginning of the Great Battle, starting at the place of the Garden of Eden, the country of the Two Streams, the Euphrates and Tigris got attention throughout the whole world. Iraq and Iran started the war which should have opened the eyes of many Christians, knowing their Sacred Books.Next would come the increase of floods (tsunamis), earthquakes and several natural disasters. On top of that human beings would not show much respect any more for the Creation for the Most High. People also would start fighting against each other and would use religions as excuse to confront each other with violence.The prophet Daniel in his chapter 8-12 gives the world a clear picture of what would happen in those times when the end would come near. More authoritarian figures would want to pressure their ideas on to the world where religions would come against religions.

Two years ago in several Muslim countries people tried to get some change and in Egypt and Syria citizens took to the street, shouting out loud calling for the needed freedom and change. The heavy sense of dictatorship and memories of the 1980s made Syrians think the wave of change in the region would never come to their country. The movement started as protests calling for more freedom and dignity escalated into a civil war. The way the government handled the events since those first days drove more and more people to oppose President Bashar al-Assad. Because the West did not do much and certainly did not think it necessary to interfere like they did in Iraq, it looks hopelessly and even has become a battle ground for some Flemish Muslims. The world can hear about more than 70,000 civilians that have been killed. The financial world looks at the cost of destruction exceeding $80bn and the fighting is far from done. While Syrian rebels battled fighters from the Lebanese militant group Hezbollah early on Sunday in a border region between the two countries, a Lebanese security official said, leaving as many as 12 fighters dead in the latest sign that Lebanon is being pulled into Syria’s lengthy civil war.

Today we see many signs talked off in the Holy Scriptures. It would not be bad to look at them in such light, to have a better opinion of what could happen and of what is really going on. In several countries we can see that there leaders are trying to exert a conservative religious Islamic view on there population. Countries where once the founder opened up the possibility for people with different religions to live peacefully together in a state free of religious restrictions can see how today the new leaders want to screw everything back to centuries ago. Recep Tayyip Erdogan rejects accusations that he would like to bring the Turkey to become an Islamic State insists that he respects all Turks and is a “servant” of the people. But from my Christadelphian brethren I received bad news. Like the once which flat this weekend was severely damaged and when they got to the police station they themselves where accused for causing the problems in Turkey and that they would better leave the country.

Turkey itself does not want to know about the tens of thousands of protesters on Turkey’s streets who appear to be urban, secular Turks, frustrated by what they see as Erdogan’s close ties to development interests and his alleged attempts to force his religious outlook on them. the protesters are not even mentioned with one word on the Turkish media. But the foreign radio and television stations are coming more at the scene to hear the people their frustration and to see what is really happening. Erdogan, who has been in power since 2003 after winning three landslide elections, says the protests have been stirred up by Turkey’s opposition and extremists who are trying to force their will on the majority who backs him.
Though he has been credited with boosting economic growth in Turkey and raising the country’s international profile, he has been a divisive figure at home, with his government cracking down on journalists, passing laws to curb the sale of alcohol and taking a strong stand against the Syrian regime — a stance that some believe has put Turkey’s security at risk.

Some Turks see him as a meddler in their personal lives, speaking out against Caesarean births, telling women they should have at least three children and even advising how TV characters should behave, what they may eat or drink and where they have to be at a certain time.From my previous Christian aid-work in the 90ies I knew already about the many tortures which took place in Turkey. But instead of decreasing it seems to increase. Turkey’s Human Rights Foundation says more than 1,000 protesters were subjected “to ill-treatment and torture” by police.

Please do continue reading my other articles on this current subject: 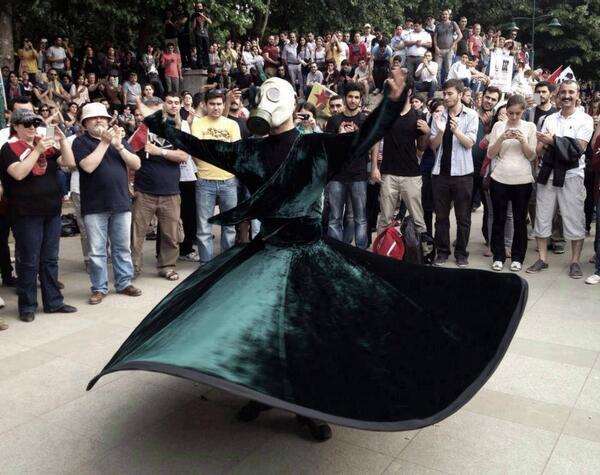 he King of the North Gog and Her Compani

Yet, secular Kemalism might be giving way to the political Islam, or Islamism, of Erodgan.

A group of about 60 protesters marched down Kirkwood Avenue Monday afternoon in support of demonstrations against Prime Minister Recep Tayyip Erdogan’s government in Instanbul, Turkey. Jon Blau | The Herald-Times

A group of about 60 protesters marched down Kirkwood Avenue Monday afternoon in support of demonstrations against Prime Minister Recep Tayyip Erdogan’s government in Instanbul, Turkey. Jon Blau | The Herald-Times

In corners of Turkey where media is inaccessible, citizens of the Middle Eastern nation are cut off from protests in Istanbul’s Gezi Park.

Bloomington, however, saw more than 60 protesters march ahead of eastbound traffic on Kirkwood Avenue Monday afternoon to support thousands of men and women in Taksim Square, the focal point of a movement in Turkey that united over the tearing down of trees in Gezi Park for a new shopping mall. Erkin Kuru, whose brother Ejder Ozgur is among the protesters in his home country, led the marchers from Indiana University’s Sample Gates, around the courthouse square and back to the gates, chanting to spread the demonstrations and assert that “Taksim Square is everywhere.”

However, notwithstanding Turkey’s increased prosperity, many Turks, particularly those supporting the secular system established by Kemal Ataturk after 1923, claim Erdogan has taken various steps to undermine the secular system, especially measures introducing greater emphasis on the Muslim religion within society, including within the educational sector.

There also has been growing anger over Erdogan’s measures to place restrictions on the sale of alcohol. One issue that has created even greater animosity are his actions to muzzle the media, including imprisoning journalists under dubious security laws.
+

The fact Turkey has the dubious record of being the country with the most journalists imprisoned is cited as a continuing danger not just for freedom of expression in Turkey but also for fundamental human rights being fully respected for all members of society, including Turkey’s minorities, particularly its Kurdish population.

7 Responses to Turkey and Pictures for the times coming