After the United States civil war, in 1865 the Thirteenth, Fourteenth, and Fifteenth Amendments to the U.S. Constitution were approved by Congress and ratified.

What seems so natural, so obvious and simple was not so simple in the New World. it took a long time before the majority was willing to accept it was wrong in every sense. The Thirteenth Amendment to the U.S. Constitution reads:

Section 1. Neither slavery nor involuntary servitude, except as a punishment for crime whereof the party shall have been duly convicted, shall exist within the United States, or any place subject to their jurisdiction.

Section 2. Congress shall have power to enforce this article by appropriate legislation.

But lots of pioneers who came from Europe and liked those cheap labour-forces did not want to have those “monkies” like they were often called, being part of their normal co-habitats.

Abraham Lincoln and his son Tad looking at an album of photographs. (Photo credit: Wikipedia)

President Abraham Lincoln (1861–1865) had issued the Emancipation Proclamation, based on congressional acts, which gave the president authority to confiscate rebel property and forbid the military from returning slaves of rebels to their owners. Being liberated from their masters those Negroes started to create their own free businesses. Only addressing the rebelling southern states the proclamation did not resolve the issue of slavery for the nation as a whole. It was thought the Thirteenth Amendment (the first of the three so-called “Civil War Amendments“) would bring a solution for all coloured people, prohibiting slavery throughout the country. To extend the rights of citizenship to all people regardless of race or colour the Fourteenth and Fifteenth Amendments were added.

Congress enacted a number of statutes to enforce the provisions of the Civil War Amendments, but by the end of the nineteenth century, most of those statutes had been overturned by the courts, repealed, or nullified by subsequent legislation.

Segregation of the races in schools, public accommodations, public transportation, and various other aspects of public life, was honoured for a long time after the amendment was written.

It has taken many man years before that all persons could have full and equal enjoyment of public inns, parks, theatres, and other places of amusement, regardless of race or colour.  Even today, anno 2015, we see that in the United states there are still many states or regions where the white people are not so happy with those with a darker skin. In several regions it is still more difficult for a coloured man to find work than for a white man.

1904 caricature of “White” and “Jim Crow” rail cars by John T. McCutcheon. Despite Jim Crow’s legal pretense that the races be “separate but equal” under the law, non-whites were given inferior facilities and treatment {John McCutheon. The Mysterious Stranger and Other Cartoons by John T. McCutcheon, New York, McClure, Phillips & Co. 1905.}

The Supreme Court struck down the Civil Rights Act of 1875 by an 8–1 vote, holding that Congress had exceeded its authority to enforce the Thirteenth and Fourteenth Amendments. The Court held that private discrimination against African Americans did not violate the Thirteenth Amendment’s ban on slavery. Following this decision, several northern and western states began enacting their own bans on discrimination in public places. But many other states did the opposite: they began codifying racial segregation and discrimination in laws that became known as the Jim Crow laws. Enacted after the Reconstruction period, these laws continued in force until 1965. 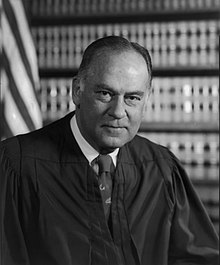 Justice Potter Stewart, writing for the majority, turned to the Thirteenth Amendment and observed that it was adopted to remove the “badges of slavery” and that it gave Congress power to effect that removal. Stewart wrote:

Congress has the power under the Thirteenth Amendment rationally to determine what are the badges and the incidents of slavery, and the authority to translate that determination into effective legislation…. [W]hen racial discrimination herds men into ghettos and makes their ability to buy property turn on the color of their skin, then it too is a relic of slavery.

Normally this 13° amendment also enables Congress to pass laws against sex trafficking and other modern forms of slavery, but the sex trafficking is still a very flourishing business, though some part may come under threat when Donald Trump shall be able to get a firm wall between the Mexican border with increased controls.

The ratification of the 13th Amendment to the Constitution was a long overdue step in the long road the Americans continue to walk in their efforts to address and uproot the systemic injustices embedded into their society. Still today we can see there too many people being forced to terrible inhuman conditions.

Having politicians speaking arrogantly about other coloured and other cultured people makes it that other Americans do not see any harm in using those people as cheap labour and treating them as scum. This week in Europe we once more got to see and hear how a man with lots of money could point his finger to those whom he considered to be cullings and scourings which were just there to be used outside the United states of America to produce cheap products for the American White supremacy.

In the Republican primary the material or essence of those amendments from 150 years ago are at large.

In Europe many people, like me, were afraid the first black president of America would have been put in the grave soon. It worked out differently, for the good. Though lots of good ideas were retained by the republicans, America may be proud of the work Barack Obama still could establish with all that counteraction.

Watch his remarks here about the century and a half of freedom and about the stealing of men, women and children from their homelands, separating husbands from wives and parents from children:

As many made clear at the time of its ratification, the 13th Amendment was not a final step, but rather the first step in making real the promise that all men are created equal. Read the letter that Annie Davis, an enslaved woman living in Maryland, wrote to President Lincoln asking if she was free after he had signed the Emancipation Proclamation. He never replied, but the answer was no. It would take an amendment to Maryland’s constitution — and the 13th Amendment — to ensure that she and all enslaved people in the U.S. were free in the eyes of the law.

“President Lincoln understood that if we were ever to fully realize that founding promise, it meant not just signing an Emancipation Proclamation, not just winning a war. It meant making the most powerful collective statement we can in our democracy — etching our values into our Constitution.”

“We would do a disservice to those warriors of justice — Tubman and Douglass, and Lincoln and King — were we to deny that the scars of our nation’s original sin are still with us today. We condemn ourselves to shackles once more if we fail to answer those who wonder if they’re truly equals in their communities, or in their justice systems, or in a job interview. We betray the efforts of the past if we fail to push back against bigotry in all its forms.”

“For however slow, however incomplete, however harshly, loudly, rudely challenged at each point along our journey, in America, we can create the change that we seek.

“All it requires is that our generation be willing to do what those who came before us have done: to rise above the cynicism and rise above the fear, to hold fast to our values, to see ourselves in each other, to cherish dignity and opportunity not just for our own children but for somebody else’s child. To remember that our freedom is bound up with the freedom of others — regardless of what they look like or where they come from or what their last name is or what faith they practice…

“That is our choice. Today we affirm hope.”

11 Responses to 150 Years after the 13th Amendment