In the past there always have been many flows of migration. Several countries before they were part of the European Union have in the past welcomed workers from Europe and beyond and had a migration policy. All Western countries of the EU, the continent and Great Britain called for others to come to their country to do the dirty work none of their inhabitants wanted to do. Great Britain also admitted Commonwealth workers in the 1950s whilst Belgium and Germany went for a “guest worker” policy with Turkey in the 1960s. Belgium later taking on many other guest workers form Morocco, Italy and Greece.

Today still a lot of work has to be made of equal employment opportunity (EEO) laws. All over the European Union we still can find lots of employment discrimination. With the big flow of people coming from the east the ‘illegal aliens’ are happily used to do the work for nearly no money. By using them that way the living standards and working conditions of all citizens are undermined and taxes are avoided to feed the countries as well as the European Union. The labour-market discrimination referring to differential treatment of workers within the labour market has become a big issue the last two years.

Europe’s new extreme right parties have shown that they are able to play on the emotion of the citizens and are able to sell them any lie. They also got the defenders of the European ideal on the losing defensive site.

Already at the debates I could not resist to think I heard a lot of hatred to people from other origin or with an other skin colour. Since Friday there have been hundreds of reports of racist attacks all over the United Kingdom. Several people, also who were born in the UK got treats. Anyone who speaks a foreign language – workers, tourists – and simply people who look ‘foreign’ became a target. For me already the tone of the discussions before the voting showed some attitude similar to what Germany encountered in the 1930ies.

On the way to the referendum voting day, politicians of the right and activists of the far right got the British’ hackles up. After two months of instigating them the pro-leave voters now see the opportunity to utter their voice concerning all those non-British and all those different people than they.  As experts at manipulating fears those politicians of the pro-leave campaign now have agitated the people enough and incited them to react against those other people. Many who are impoverished or out of work have been persuaded that their problems result from migrants instead of the exploitation of labour generally. The exit vote reflected years of pent-up “legitimate grievances” about jobs, housing as well as immigration.

Teachers at a school near to where some of the cards were found on Saturday and Monday at first threw them away but more were left on a path leading to it later.

Inspector Nick Percival of Cambridgeshire Constabulary told that police were aware of the incident and added:

“We are aware of it and have had a report from a member of the public. We are following up and are taking it seriously as it does represent a hate crime. We would encourage anyone who is either a victim or is aware of the source of this to come forward.”

Poles and other Eastern Europeans living in England are coming more and more publicly under attack. People shouting and spitting at them. Also racist graffiti was scrawled on a Polish community centre in Hammersmith, west London. The Metropolitan Police Service said it was investigating the claim. 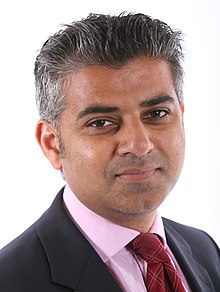 Since May 2016 first Muslim Mayor of London, Sadiq Aman Khan

London mayor Sadiq Khan on Monday placed the city’s police force on alert following the incidents. He looks at this as a serious threat and assured to take up his responsibility to defend London’s fantastic mix of diversity and tolerance.

“I’ve asked our police to be extra vigilant for any rise in cases of hate crime, and I’m calling on all Londoners to pull together and rally behind this great city.”

“We are seeing an increase in reports of hate crime incidents to True Vision, the police online hate crime reporting site.

“This is similar to the trends following other major national or international events. In previous instances, crime levels returned to normal relatively quickly but we are monitoring the situation closely.”

Social media being very popular today showed also an easy way to bully and spit on others. Many used the #postrefracism tag and account to call out examples of intolerance, both to EU citizens living in England and non-white Britons. (By Monday morning it had already been used 21,000 times.)

Several people hear f-words shouted at them with a call to leave the country and to “go home”, though for many Great Britain is already their home for years. Many also have been integrated and even speak the local dialect.

It is also not a once-only beating up we hear about.

Members of the far-right English Defence League, which focuses on opposition to what it considers to be a spread of Islamism and Sharia in the United Kingdom, also gathered outside a mosque in Birmingham waving a flag that read:

Shuja Shafi, secretary general of the Muslim Council of Britain, is going to write to the Home Secretary to ask what measures are being taken to step up security and policing in areas where such incidences have been reported. He said

“Now we are witnessing the shocking extent of this with reports around the country of hate speech and minorities being targeted.”

“should take strong action to curb xenophobic attacks and abuse in the United Kingdom in the wake of the referendum”,

as it encouraged people to report xenophobic acts to the police.

father has a broken arm, and possible neck trauma, son has severe facial fractures, broken jaw and nose. my god.

People have been sharing pictures and footage of racist abuse following Britain’s decision to leave the EU (Picture: Daniel Watson/Twitter)

Today we find young people who had never had contact with such racism in real life. Some may wonder what they can do and how to prevent themself from getting consumed by that bystander effect thing, so that they can help.

It is important that it will be taken by the root. The politicians and police shall have to act quickly and in the right way to bring a halt to this growing ‘illness’ of the country. as soon as people see someone harassing someone in the street or on public transport, that is racially motivated, they should intervene. Or, since it might put their safety at risk, at minimum, record them on a mobile phone and file a police report. Every decent citizen has to take up his or her social responsibility and should act properly to any anti-social behaviour.

If this behaviour is left unchallenged, the racist will only feel emboldened, and we have history to look at to see how that can unfold. 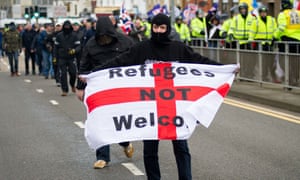 In the Guardian Miqdaad Versi wrote

The EU referendum result has perhaps emboldened racists by leading them to believe that the majority agree with their views on immigration and legitimising such public expressions of hatred. For this, the political elite must take responsibility, after stoking a divisive referendum campaign that demonised immigrants by spreading fictitious scare stories, all the while pandering to the lowest common denominator. {Brexit has given voice to racism – and too many are complicit}

Despite Boris Johnson once saying he was pro-immigration, his campaign focused its message on immigration, creating unrealistic and unachievable expectations of what migration figures could be. Not only did it falsely claim that Turkey was about to join the EU but it also claimed that Turks were in some way a threat to our national security, highlighting its proximity to Iraq and Syria on a poster. There are no two ways about it: such messages must either be the work of duplicitous demagogues or incompetent and irresponsible migration scaremongers. {Brexit has given voice to racism – and too many are complicit}

But let’s not forget Nigel Farage’s risible anti-migrant “breaking point” poster, which was even reported to the police for allegedly inciting racial hatred. As Sayeeda Warsi told the BBC,

“This kind of nudge-nudge, wink-wink xenophobic racist campaign may be politically savvy or useful in the short term but it causes long-term damage to communities”

– a prediction that is unfortunately being proved correct. {Brexit has given voice to racism – and too many are complicit}

This scaremongering is not new. Last year prime minister David Cameron talked about the “swarm” of migrants in Europe and has failed time and time again to stop the spread of such anti-immigrant feeling. Nor did he support the next stage of the Leveson inquiry, whose recommendations are yet to be implemented on ensuring the press is more responsible in its treatment of minorities. Furthermore, he has failed to take any meaningful action to tackle the alarming rise in Islamophobia.

A Facebook album entitled “Worrying Signs” has been created to document alleged incidents in which people have been targeted with xenophobic comments.

Ed Miliband who served as the party’s youngest leader of the Labour Party (2010–15) since World War II, was the only senior Labour figure to appear at Glastonbury after both Jeremy Corbyn and shadow chancellor John McDonnell pulled out of scheduled panel discussions.

“This is a moment when many people are feeling fear but, in my view, we have got to accept the vote and then shape it [the future] around progressive causes.”

and called on David Cameron to ratify the Paris climate change agreement as his last act in office.

“A drama… an irreversible dismembering” of Europe

Hemicycle of the European Parliament

As a European I am convinced that this Brexit vote is not the beginning of the apocalypse some are afraid for. It might well be a reflection time for those in charge. They sincerely shall have to work hard to refurbish the Union and to get away the incredible amount of waste of money, which we have with the repeatedly Strasbourg transfer and others. Hopefully they come to see that an end should be made to their greed and too fast enlargement hopes. The last few years we have seen that the Union was too eager to get other states integrated into the EU, whilst they were economically and often democratically not yet ready. From the beginning there was already Greece but then came Viktor Orban’s Hungary and Bulgaria were corruption seems not to be a dirty word. And why are there still members who would love to see Turkey in the Union, when that country keeps showing that it has no interest in human rights nor democratic values and free speech.

Great Britain and the 27 members of the European Union have to show each other that they all want to be safe havens of free speech and democratic systems where no racism is tolerated.

One video, purportedly filmed in Hackney on the morning after the referendum, shows a man arguing with someone in a car before yelling: “Go back to your country.” – YouTube/Shulem Stern

Racism has never been more socially unacceptable in Britain.. – three quarters of Britons claim they have no racial prejudice whatsoever. Journalist Mona Chalabi investigates whether these statistics provide an accurate picture

17 Responses to Foreign workers and immigrants