Migration, a story of two worlds and a play toy of the media

“for over six decades contributed to the advancement of peace and reconciliation, democracy and human rights in Europe.”

After the English voted to leave the Union other countries also showed that their where lovers of an exit in their country too. A big problem for the united (or should I say un-united) nation is that discipline, willingness to compromise, and loyalty are lacking. Above all, there is no European political public sphere to discuss central questions concerning a European togetherness.

The media are daily confronted with different issues which may destabilise not only the one country where the event happens but also disrupt the surrounding countries. From certain nations we came to see that the men in charge tried to put pressure on journalists and newspapers and try to domineer the radio and television stations. As such, news-gathering from those (Eastern) states was not so objective as it should. This also made many Europeans wondering how much what was told to them, was true and how much was manipulated by those European nations. 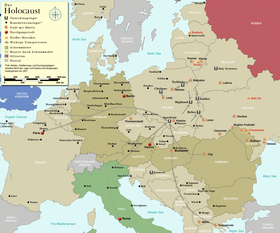 There are Defective codes of memory (DCMs) which are phrases which appear to be emotionally neutral and objective, but which, at the same time, convey a false message about reality. Phrases such “Armenian genocide,” “Rwandan genocide” or “Polish concentration camps,” are good examples of DCMs – provided they are not mentioned in any particular context – as they incorrectly imply that Armenians or Rwandans commit genocide, or that Poles create concentration camps.

To a significant extent, DCMs suggest the existence of a context which is distorted. They convey alternative, false narratives about elements of our collective – global, regional, national, local -memory. If such narratives prevail, they will destroy society’s moral order, which is based on a shared history. As a consequence, the distortions could become a basis for reformulation of the present global order. Moreover, it would make it impossible to maintain the moral narrative which – in the context of international genocide crimes – seeks to properly identify victims and their executioners. DCMs tend to reverse this important element of this narrative.

On June the 13th was looked at the ‘Media‘ which today have an unprecedented reach and impact. Based on their ability to mitigate and instigate conflicts, media also have a great responsibility for the peaceful co-existence of communities. Because of their global impact, media today are increasingly faced with different context-sensitiveness of what and how they broadcast. DCMs are context-sensitive things. Thus, making recourse to them in media may result in the deterioration of credibility and even higher operational costs.

Artur Nowak-Far, Director of the Institute of Law, Warsaw School of Economics, Poland spoke about those DCM’s and warned how people in the media have to be aware of the existence DCMs. Today and in the future there shall still be created new ones, and people as well as states shall to learn to handle them. During the Monday session the panel investigated various DCMs, their contexts and possible impacts and discussed how to avoid them.

A big problem today with all the different media, private, governmental or institutional run, and personal run on social media, we may live in a time in which information is more easily accessible than ever before, but when it is also that more can be manipulated and that often we do not know what is really going on.

Under the premise of spreading peace and liberty, powers in the vast machinery of democracy act in their own economic interests – at a high price to those on the receiving end. On the geopolitical stage, the light of journalism is often too faint to shine past the veils of secrecy. A fragile pawn in the game of power, media is instrumentalized to create public support. In an atmosphere of intimidation, self-censorship and propaganda, information and disinformation become confused. The free dissemination of selective truths catalyzes polarization and in doing so, gives inertia to radicalization, thus fundamentally undermining societal values and threatening the very foundation of freedom.

In a complex and increasingly interconnected world, the need for objective discussion is rife. Do the values conveyed by media coincide with traditional values of open, democratic societies? Are our ethics compatible with our geostrategic interests? Are democratic values universal to all of mankind, or do we need to rethink the way in which we perceive, live out and spread our way of life? Join us at the 2016 Global Media Forum, where we will discuss the intricate links between Media. Freedom. Values.”

At the end of 2015, estimates showed that 3.2 billion people were online, compared to 3 billion in 2014. This increase is partly attributed to more affordable data and rising global incomes, according to Facebook’s recent connectivity report.

Over the past 10 years, connectivity increased by approximately 200 to 300 million people per year. While this is positive news in terms of growth, it also means that globally, 4.1 billion people were still not Internet users in 2015.

Those on the net got a lot of information to their electronic device, but do they know where to look for the right data? What is the mainstream for getting information. I have the impression that the youngsters in West Europe perhaps look at the headlines but get carried away soon by shocking images and flashy entertaining videos. Going deeper into the mater is only for a few.

The European Union should make work of it that more people shall be able to get over the four key barriers to Internet access, which include availability: proximity of the necessary infrastructure required for access; Affordability: the cost of access relative to income; Relevance: a reason for access, such as primary language content; Readiness: the capacity to access, including skills, awareness and cultural acceptance. Further they shall have to work on the credibility of the state media, which has to stay free of economical pressure from multinationals and advertisers.

The last few months we have seen that illiberal regimes use repression and propaganda to cement their power, which in turn undermines the credibility of their sources but also of those who do not dare to go in against the propaganda war of such states. In democracies, governments are curtailing civil liberties because of security concerns. Therefore we should be very careful which countries Europe wants to support and how to give in to their demands to limit others speaking or publishing. (Consider today the Turkish-Belgian Zaman newspaper published in Dutch Erdogan tries to silence.)

Ronald Meinardus was the moderator to the international panel of civil society leaders talking about the challenges facing freedom of the media (and also democracy in general) in their part of the world and discussing strategies to counter the shrinking spaces.

Since refugees from Syria, Iraq and Afghanistan have started to arrive in greater numbers in Germany, the Benelux and France the public debate concerning the voice of them and Islamic groups has become increasingly stereotyped and emotionally charged. The image of the Muslims as a potential threat is ubiquitous. Online commentators, including those among the readers of Zeit Online, reveal deeply rooted resentments.

Many can agree that a more differentiated debate about Islam is necessary and that the media play a very important role in putting everything in balance. They also should let more religious groups talk about their religion and I think it would be much safer if state television channels would provide more time to religious societies. In Belgium the the national public-service broadcaster VRT or Flemish Radio and Television stopped giving broadcast time to the protestant, Islamic, Jewish and  humanist alliance broadcasting organisations.

Those talks about the people coming to the European Union and the fear of Islamisation brought on 15 June the the panel “Migration, a story of two worlds” of the EESC, moderated by Michael Meyer, founding dean of the AKU Graduate School of Media and Communications and former Communication director for Ban Ki-moon.

Two refugees, Prince Wale Soniyiki from Nigeria and Suhrab Balkhi from Afghanistan, told the heart-breaking stories of their escape and described the hostilities they were confronted with in their host countries.

Mona Hemmer reported on how her village managed to host 100 Iraqi and Afghan refugees and what an enriching experience it has been for all despite initial doubts and resistance.

Alexandra Föderl-Schmid, chief editor of the Austrian newspaper Der Standard, emphasised the importance for journalists of maintaining a professional balance in reporting on the topic of migration.

“We need to report on stories such as Prince and Suhrab described, but we also need to look at the negative implications migration can have”.

“it was civil society that saved Europe during the migration crisis”.

The EESC wants to counter growing fears in Europe with practical proposals for EU institutions and Member States, based on its 11 fact-finding missions to EU Member States and Turkey. In addition to the panel debate EESC Vice-President Gonçalo Lobo-Xavier addressed the plenary on The implementation of the universal SDGs and the role of the economy.

2 Responses to Migration, a story of two worlds and a play toy of the media