Toots Thielemans passed away at 94

On Monday August 22, 2016 at the age of 94 a real Brussels Ketje (“street kid” in old Brussels slang) passed away leaving the world a large amount of wonderful music drawings.

Blowing in the wind he whistled our sorrows away. When depressed or not feeling well his enthusiasm was his music is ideal to get in a better mood. He had a lovely spontaneous, nearly childlike (innocent), friendly and humble attitude to reach out to his public.

The legendary Jean Baptiste Isidor Thielemans who choose the nickname from the group which he was familiar with, the musicians Toots Mondello and Toots Cara Mata, has played 91 years harmonica and got “contaminated” by the jazz virus (as he declared himself).

After a fall by which Thielemans had broken his shoulder, during rehabilitation he is deceased in his sleep at the hospital. 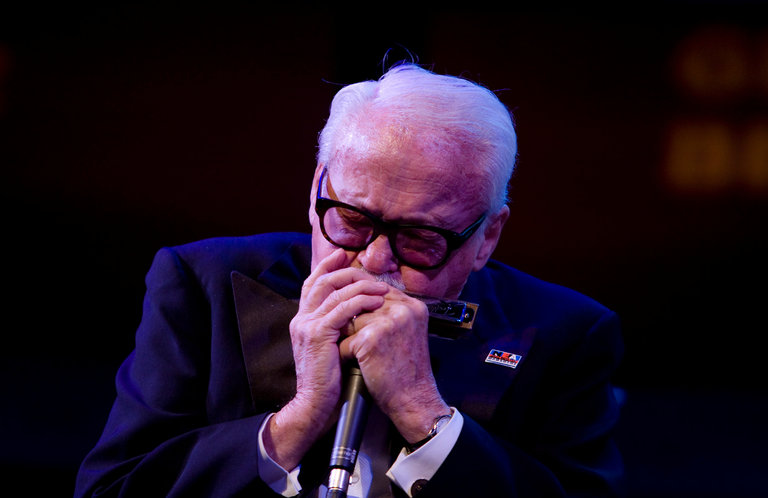 The specific sound he created “in that little space between a smile and a tear” will stay in many ears. Unlike the smaller, diatonic harmonica favoured by blues musicians, Mr. Thielemans performed on the slightly larger chromatic harmonica, which has a spring-loaded slide that allows the performer to play every note in every key — sharps and flats included — on a three-octave scale. Also the guitar can not be forgotten. His first one won on a bet was the start to become an accomplished guitarist and a first-rate jazz whistler — he often played his most famous composition, “Bluesette,” on the guitar while whistling the melody one octave higher, which was first recorded by him in 1962, with lyrics added by Norman Gimbel. The song became a major worldwide hit.. For those who were not so keen on Jazz his music was also in their hearts by the way of the soundtracks of series like Witse, Baantjer and Sesame Street (Sesamstraat). The movie “Turks Fruit” (Turkish Delight) may ring many bells for its controversy but it was Thielemans’ music which was also liked by many conservatives and Catholics who objected to the film. Other film soundtracks are a.o. Midnight Cowboy, Cinderella Liberty, Jean de Florette, The Sugarland Express, The Yakuza, the 1972 version of The Getaway, French Kiss, Dunderklumpen!.

Already as toddler he was much liked in the Marollen (Marolles) the old neighbourhood of Brussels, situated between the Palace of Justice and the south railway station, or the Brussels café of his parents, where he played the accordeon. The guitar came next, followed by the harmonica when he was 14. It was the time of that other a Belgian-born French guitarist and composer of Romani ethnicity Jean Django Reinhardt (Jean Baptiste Reinhardt, 1910–53) who became his first idol and the jazz guitar’s most dazzling soloist, most exciting improviser, and most important innovator, first European musical virtuoso to influence American jazz. 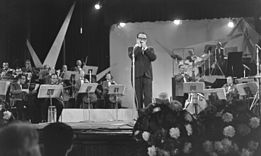 Funny in a way that in the same way Reinhardt influenced American jazz, Thielemans also got his stamp on that American music from the moment Benny Goodman took him on an European Concert tour in 1950.

He came in the ban of the United States in 1947, when he went to visit his uncle in Miami, at the age of 25 got to see a jam session there. He met Bill Gottlieb, whose seminal jazz photos of the 1940s put him on a first-name basis with the music world’s biggest stars.

When Mr. Thielemans arrived in New York, Gottlieb took him to a nightclub on 52nd Street and introduced him to the members of a group fronted by Howard McGhee, a trumpeter and composer who was at the forefront of modern jazz. By then, he had already played with Parker at a Paris jazz festival in 1949 and jammed with him in Sweden.

Toots emigrated to the New World to become a member of the American alto saxophonist, composer, bandleader and jazz genius Charlie Parker’s All Stars in  Philadelphia and came to work for 6 years with the George Shearing Quintet, getting on multiple albums on the Billboard charts during the 1950s, 1960s. It was

“the only permanent job I ever had”

he has said, before embarking on a successful freelance career as a guitarist, and, increasingly, a chromatic harmonica player.

In the States advertisements where an ideal platform for musicians like Toots. he made good use of it and created lovely sounds. The televised Old Spice deodorant advertisement had him whistling and got inspiring youngster to try it out themselves. Toots was revered by many musicians for his unerring sense of harmony and his quicksilver runs, cementing his jazz harmonica reputation with a 1979 duo album, “Affinity,” with American jazz pianist and composer who mostly worked in a trio setting, Bill Evans. 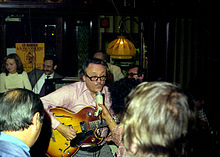 Even after he had a stroke (in 1981) Toots Thielemans could hypnotise the public with his music, and managed to have us forget that most of the strength in his left hand was gone, which cut his guitar playing down to just one or two numbers per show but also brought a new profundity to his phrasing. He came to be saying more with doing less.

In 1996, Toots became patron or “godfather” of the famous festival Jazz Middelheim in in Park Den Brandt, Antwerp. The summer festival existed since 1969 [founded by Elias Gistelinck (1935-2005)], but his participation contributed to the international appeal of the event. He also always played with his regular Dutch trio, consisting of Charles Boehlee (piano), Hein van de Geyn (bass) and Hans van Oosterhout (drums).

On record you may enjoy him with the bassist Jaco Pastorius in ensembles ranging from duet to the Word of Mouth Big Band. In 1984, he recorded with Billy Eckstine on the singer’s final album (I Am a Singer), featuring ballads and standards arranged and conducted by Angelo DiPippo.

The Université libre de Bruxelles and the Vrije Universiteit Brussel, gave him a joint honorary doctorate.  Mr. Thielemans became an American citizen in 1957, which, at the time, meant the mandatory loss of his Belgian citizenship. But it was regained in 2001, when Belgian King Albert II of Belgium named the musician a baron.

In 2005 he was nominated for the title of the Greatest Belgian. In the Flemish version he finished in 20th place, and in the Walloon version he came 44th.

In March 2006, Mr. Thielemans was the guest of honor at an all-star Carnegie Hall tribute concert, with the pianist Herbie Hancock and the clarinetist Paquito D’Rivera among the performers. Reviewing the concert for The Times, Nate Chinen praised both Mr. Thielemans’s “exuberantly expressive” playing and his infectious spirit.

“No one stole the spotlight from Mr. Thielemans,”

“He was having giddy fun, and the feeling was contagious.”

In 2009, he became an NEA Jazz Master, the highest honour for a jazz musician in the United States. In the same year he also received received the Amsterdam Concertgebouw Jazz Award in The Netherlands.

Mr. Thielemans made his final recording in 2012 during his 90th birthday tour and gave his last performance in 2014, when he played at the Jazz Middelheim festival in Antwerp, Belgium.

His favourite compliment is from the late Clifford Brown

“Toots, the way you play the harmonica they should not call it a miscellaneous instrument”

I can say without hesitation that Toots is one of the greatest musicians of our time. On his instrument he ranks with the best that jazz has ever produced. He goes for the heart and makes you cry. We have worked together more times than I can count and he always keeps me coming back for more…”

“We have lost a great musician, a warm personality.”

RIP Toots Thielemans, thank you for your beautiful emotional melodies. 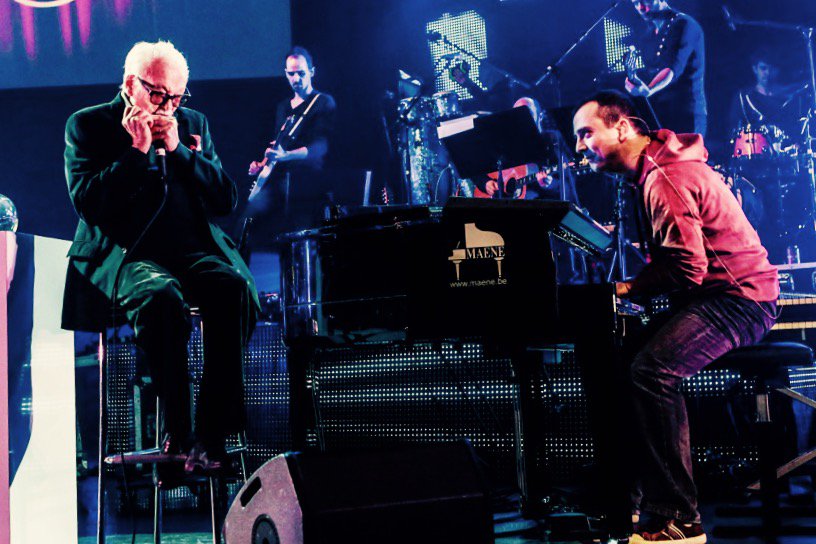 6 Responses to Toots Thielemans passed away at 94