2016 seemed to be the year lots of people thought it had become really time to leave this place like it was, them not having to worry about it any-more.

Guyanese novelist (To Sir, With Love) and diplomat E. R. Braithwaite died of heart failure at the age of 104, and the singing voice of Léo Marjane,(Thérèse Maria Léonie Gendebien) from 18 December 2016 can not be heard life any more she being silenced at the age of 104 in Barbizon.

American government official and scientist, Director of the National Reconnaissance Office (1963–1965) Brockway McMillan passed away on December 3, at his home in Sedgwick, Maine at the age of 101. He was followed by the Danish-born American furniture designer Jens Risom, who became 100. Also American playwright and actor (Charlie Wild, Private Detective, Sleepless in Seattle) Kevin O’Morrison, said the world farewell at the age of 100. 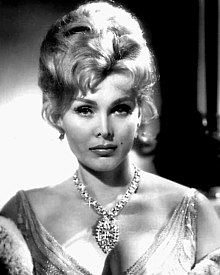 About the Hungarian-American actress and socialite Zsa Zsa Gabor (Sári Gábor) we cannot be sure if she was over the 100 (probably) or only 99. Her extravagant Hollywood lifestyle, her glamorous personality, and her many marriages seemingly not having demanded a heavy toll.

At the age of 69 the south London boy who became a global icon, rock star David Bowie died after an 18 month fight against cancer on January the 10th. The man who showed the world how innovation and creativity can endure a.o. in 1987 played a concert in Berlin that bridged the Berlin Wall. Germans later thanked him for helping to bring the wall down. His goodbye album showing how he had immersed himself in Kabbalah as part of an overarching spiritual quest that took him from Tibetan Buddhism (he almost joined a monastery in the late 1960s, until his teacher told him that he’d make a better musician than monk) to Christian mysticism, occult worship and a flirtation with neo-Nazi imagery that nearly derailed his career when it was discovered that he collected Nazi memorabilia and that he seemingly made a “Heil Hitler” salute upon arriving, in 1976, in an open-top Mercedes convertible, waving to a crowd gathered at London’s Victoria Station.

The chameleon-like Bowie went through an early, hippie/flower-power period, playing acoustic guitar and modeling himself, in some ways, after Dylan, to whom he paid tribute in “Song for Bob Dylan” on his 1971 album, “Hunky Dory.”

Six decades had the pleasured to see a great master of the harmonica, the very sweet man Jean Baptiste “Toots” Thielemans, who has died aged 94, 22 August 2016. The true Bruxellois or Ketje, born in the Marolles, Thielemans captured the world with his fluent jazzy tunes.

He recorded with some of the most popular – and technically demanding – artists in jazz, including the bass-guitar virtuoso Jaco Pastorius, the piano maestros Oscar Peterson, George Shearing, Fred Hersch and Kenny Werner, the innovative pop-jazz bandleader Quincy Jones, and the guitar star Pat Metheny.

Lots of kids all over the world have grown up with his them tune for Sesame Street. 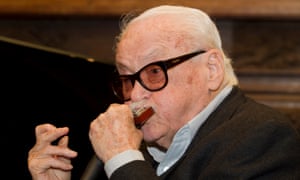 In 2009, the US National Endowment for the Arts made him a Jazz Master. His 90th birthday guests at Lincoln Center in 2012 included Herbie Hancock and the Brazilian singer-pianist Eliane Elias, and he continued to play in public until declining health led to his retirement two years later.

The record producer Quincy Jones, known for his work with Michael Jackson, was quoted as saying on Thielemans’ website:

“I can say without hesitation that Toots is one of the greatest musicians of our time.”