In 2017 you may say like many I too came under the spell of Facebook with its Facebook Groups. For my writings on several blogs, those writings where automatically announced on Facebook Pages. One would expect people seeing those messages would come to read the presented messages, but looking at my statistics those Facebook announcements did not bring many viewers to the articles on the websites. 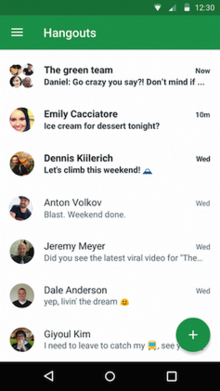 In April I got a pleasant surprise. The mother-church of my community offered me an i-pad so I could be more easily in connection with the various ecclessiae and have a better tool to follow our internet meetings and internet church-service on the  communication platform Google Hangouts. On the i-Pad those connections go much easier and less disturbed than on a Windows operating system.

Having the Apple tool I found it also much easier with the applications to follow Facebook and other Social Media. Though I also got to see by following all, that I lost much more time. Certainly lots of Facebook Groups proved to be a stupid loss of time.

I also became surprised what sort of language lots of people are using in so called Christian Groups. They are just an insult to Christianity. Instead of being able to have a dignified rapprochement to unbelievers and to Muslims, they do much more damage and create more division than doing good. No wonder in 2017 we could further see an increase of rancour between Christians and Muslims.

On Bo’s Cafe Life I found an appropriate cartoon which summarises everything.

For those interested in Facebook Groups I can only dissuade them from joining them because it shall be just a loss of time which can be better spend, and when you love to write you better use your qualities to write some serious articles on a Blog in for example the WordPress system.

On Facebook about two/three years after a previous attack I and my ecclesia, where attacked again by false accusations. Again from the same “man from the North“, and his friends, plus by some Africans who tried to get some financial aid from me and my ecclesia, though they wrote on their websites and Facebook Pages untrue things about my Belgian community (After my reactions those false sayings were taken away from the net by the Africans.).

To me it also looks that those who try to promote peace and sharing undergo difficulties to share their material freely on the net. It does not seem only a problem for the religious material but also for the political material which has a social or human ‘touch’.

People, like me, involved in movements against war, trying to spread peace between different religious groups, giving their voice for social justice, and for an ecologically sustainable society, asking to review the capitalist system as well as the injustice and environmental destruction, seem to receive very negative reactions and several times are confronted with efforts to be silenced.

In 2017 I reacted so much on writings at several Facebook Groups and wrote so many articles for other websites that I neglected my own personal sites. My Space was totally disregarded. The general religious and news site Our World got a few more new articles than “Messiah for all“, but it all could have been better. From the sites I got some analytics and ciphers of viewing of my articles, I do find for all the work I spend on it, the result seems meagre. To me it looks puny, but I can be mistaken, because naturally the subjects I mostly wrote about in 2017 where religious matters, and not so many people are interested in it. In total my writings on the religious sites  got 318.113 views for 2017. My very personal sites 8.197 views. Last year bringing the general total views for my writings, on the net, to 935.390 views, which (perhaps) is not so bad (I think).

Not only the writing of articles and my reactions on certain writings consumed lots of time.

I was pleased, after a decade, to receive again an invitation to co-operate on a Bible translation. Suddenly 2017 got me collaborating on three Bible translations and on one compendium of Jewish and Yiddish terms. That work became very time consuming but was or is fantastic interesting. One Christian Bible translation has to become published in 2020 whilst the Jewish Torah translation and the Jeshuaist Bible translation shall appear by tomes.

For the Glossary the publisher was not so pleased that I was not ready with my work in time. Being postponed we look forward to reach many Dutch speaking people with that compendium of Jewish and Yiddish terms, hopefully to see the light in 2018.