In the academic year 2017-2018 I noticed in the past I had forgotten to publish several articles. The last few months I have been very busy with spiritual and religious work and did not use much time to do concentrate and react to the worldly matters. Certainly because in the United States of America such an incredible figure had come into power that he managed already to receive so much commentary, newspapers and blogs were filled with articles around that person, giving him more attention than he deserved.

For me it was already incredible that he could become a candidate for presidency, let alone him really getting the position of president of such a huge state. He even managing to stay on top after so many scandals and so many “idiocies” were revealed. Bill Clinton was set aside for lesser matters and I think the complex web of political scandals between 1972 and 1974 are peanuts opposite the Trump-affairs. Though strangely enough this “clown” is able to stay on for such a long time.

The one who recovered from political defeat to be chosen again as the Republican Party’s candidate at the 1968 election, Richard Milhous Nixon, could win a landslide re-election and become the 37th President of the United States of America on January 20, 1969. But for him the existence of the secret White House tape recordings, sparking a major political and legal battle between the Congress and the President brought impeachment proceedings against Nixon. The work of this Committee was again the spotlight a quarter of a century later when Bill Clinton was impeached.

In the federal government of the United States, the House of Representatives which institutes the impeachment proceedings, they do not seem to be interested to look at the present “big actor in charge” and the Senate is also not interested (at the moment) to act as judge like it should do. Trump is so capable of turning everyone around his finger that few dare to take it against him, who calls himself “a smart person” and the “best president in years”.

When we learn that Trump has had a lifetime — 72 years — and access to America’s finest educational institutions (him being a graduate of the University of Pennsylvania’s Wharton School us) we would think he would know about some basic elements and having the most basic information that a high school student should possess. We also would think he had enough people around him to provide him with enough background information and who would help him for the preparation of his texts. 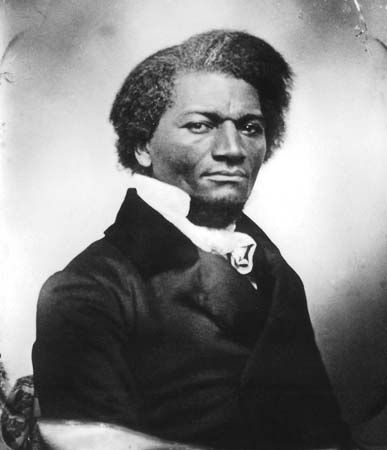 How can it be that he as president of the United States even does not know the basics of his country’s history, him telling for example that Frederick Douglass, (eluding slave hunters by changing his original surname Frederick Augustus Washington Bailey to Douglass), the African American who was one of the most eminent human rights leaders of the 19th century was

“an example of somebody who’s done an amazing job and is being recognized more and more.”

Throughout Reconstruction (1865–77), Douglas fought for full civil rights for freedmen and vigorously supported the women’s rights movement, all things Trump does not seem to believe in or willing to promote, and forgetting this abolition movement advocate died already in 1895.

He also claimed that Andrew Jackson, who died 16 years before the Civil War,

“was really angry that he saw what was happening in regard to the Civil War.”

“I’m always busy doing a lot.” As president, Trump’s intelligence briefings have been dumbed down, denuded of nuance, and larded with maps and pictures because he can’t be bothered to read a lot of words. He’d rather play golf.

The classified guidance, which was reviewed by Mother Jones, suggests that President Donald Trump’s daily national security briefing contains far less information than the daily reports presented by the intelligence community to past presidents — and about a quarter of the information President Barack Obama received. Trump is even convinced he does not need to receive the presidential intelligence briefing every day, suggesting that such briefings are repetitive and he is happy to rely on those around him on matters of intelligence and national security. {Exclusive: Classified Memo Tells Intelligence Analysts to Keep Trump’s Daily Brief Short + Trump: I don’t need daily briefings}

The memo sent to certain analysts within the intelligence community notes that the commander in chief’s daily briefing book typically contains reports on only three topics, typically no more than one page each. According to the guidance, Trump’s PDB also includes space for a short update, presumably on matters brought up in previous briefs. The Office of the Director of National Intelligence, which oversees the process of producing the PDB, declined to comment on the memo. {Exclusive: Classified Memo Tells Intelligence Analysts to Keep Trump’s Daily Brief Short}

Several times he first praised people for their magnificent work, calling them”very good people” to call them later “fools” or “idiots” who “do not know what they are talking about” or “bad people” or “vicious people”.

Trump’s campaign raised huge sums of money from his supporters via an email list built up during the 2016 campaign and to me it is incomprehensible still so many Americans are in favour of this man and are still willing to provide this braggart with money though he is rich enough to spend his own money for his own cause. On October the 6th, 2018 Trump could find already more than $100 million in fundraising for his 2020 re-election bid — an enormous haul for a president barely two years into his first term, according to new figures reported by his 2020 campaign. I wonder how this gasconade shall be able to shoot his arrows, not enough people recognising he is not at all honest but more a fibster. I am afraid I have to use such words to express what I only can see in him. Matter is how long are the American citizens willing to face this pseud and having other countries looking at this dangerous person for all nations.

Before the presidential election I did not want to spend too many words at the trump figure, thinking also he would never reach this high position. Often I also thought to face propaganda or to see not correct viewings or fake news. Now he is much longer in function than a reasonable person could hope for, I could not leave him unnoticed in my diary (or this blog) certainly when some incredible things did not seem to be fake news at all.

Having been too busy with writing for others, leaving my own place quiet for some time