Mostly in the industrialised countries on International Women’s Day newspapers and radio shows are filled with women’s voices, but in the poor development areas the women stay quiet.

As journalism became a profession, women were restricted by custom from access to journalism occupations, and faced significant discrimination within the profession. Nevertheless, women operated as editors, reporters, sports analysts and journalists even before the 1890s.

According to the Global Media Monitoring Project, women still account for only 24 percent of the people

“heard or read about in print, radio and television news across the world.”

Or as women’s media organisation Foreign Policy Interrupted have put it:

Hearing women in the media is not just about who is holding the notebook and voice recorder. Journalists also need to think about who they quote in their articles.

Female journalists do not have an easy life. Many of hose women who are journalists face violence and harassment even as they go about their daily work. Two-thirds of more than 900 women journalists surveyed by the International Women’s Media Foundation said they had experienced some kind of threat or abuse – often by male colleagues. We all should take a deep breath.

More than one in five of the women media professionals asked said that they had experienced physical violence in relation to their work – the majority of these described it as sexual in nature – and government officials, police and apparently random people in crowds were cited as frequent perpetrators.

Last year at the BBC there was controversy between the huge earning gap between male and female reporters. In the end the male reporters demanded them selves an adjustment.

Free speech is widely believed to be a public good. But it is also “the most complex and controversial right,” in the words of Irene Khan, head of the International Development Law Organization (IDLO). It may not be an absolute right but it is one that is intimately tied up with what Khan called “the right to hear.”

We have a right to hear diverse voices and particularly women’s voices in the media every day. We – including journalists – also have a responsibility to listen.

Some women journalists to remember on this day:

Sophie Morsing, who inherited the Danish paper Wochenliche Zeitung from her husband in 1658 and managed the paper as editor, and Catherine Hake

Anne-Marguerite Petit du Noyer (1663–1719) has been referred to as one of the most famous early 18th century female journalists in Europe. Her reports of the negotiations leading to the Peace of Utrecht were read all over Europe and admired for the distinction with which she reported on scandal and gossip.

A successful and well known female newspaper editor was Anna Hammar-Rosén, who managed the popular newspaper Hwad Nytt?? Hwad Nytt?? between 1773 and 1795.

Charlotte Baden, who occasionally participated in the Danish weekly MorgenPost from 1786 to 1793.

The first female journalist in Norway was Birgithe Kühle, who published the local paper Provincial-Lecture in Bergen between 1794 and 1795.

Marie Colban (1814–1884) lived in Paris, from where she wrote articles for Morgenbladet and Illustreret Nyhedsblad, for which she can be regarded as the first female foreign correspondent in the Norwegian press.

In 1822, Wanda Malecka (1800–1860) became the first woman newspaper publisher in Poland when she published the Bronisława (followed in 1826–31 by the Wybór romansów); she had in 1818-20 previously been the editor of the handwritten publication Domownik, and was also a pioneer woman journalist, publishing articles in Wanda.

From 1848 we find the first female full-time employed journalist in Fleet Street Eliza Lynn Linton, who was employed by The Morning Chronicle. Three years later, she became the paper’s correspondent in Paris, and upon her return to London in the 1860s, she was given a permanent position. 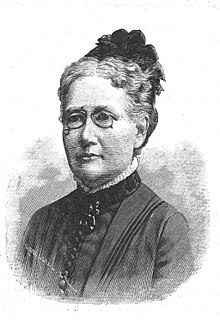 In 1858, Louise Flodin came to be regarded as an important pioneer when she founded her own newspaper, became the first woman to be given a newspaper license, and composed a staff entirely of women employees, and Eva Brag became an important pioneer during her career at Göteborgs Handels- och Sjöfartstidning in 1865–1889. 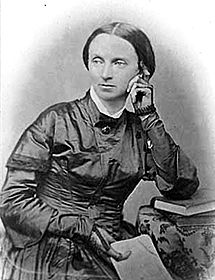 Beginning in the late nineteenth century, women began agitating for the right to work as professional journalists in North America and Europe; by many accounts, the first notable woman in political journalism was the American journalist, publisher, abolitionist, and women’s rights advocate Jane Grey Swisshelm, active as a writer in Pittsburgh, Pennsylvania, and as a publisher and editor in St. Cloud, Minnesota, where she founded a string of newspapers and regularly wrote for them. As a former correspondent for Horace Greeley’s New York Tribune, she persuaded President Millard Fillmore to open the gallery in congress so that she could report on congressional news.

The first woman in Finland to work as a journalist in Finland under her own name was Adelaïde Ehrnrooth, who wrote in Helsingfors Dagblad and Hufvudstadsbladet for 35 years from 1869 onward, and first female member of the Association of the Conservative Press and was President of the Norwegian Association for Women’s Rights from 1930 to 1935.

Sofie Horten (1848–1927) likely became the first Danish woman who supported herself as a professional journalist when she was employed at Sorø Amtstidende in 1888.

Hilda Sachs (1857–1935), Swedish journalist who became the first of her sex to be a delegate at the international journalist conference in Rome in 1899.

In 1918, Maria Cederschiöld, first woman editor of a Swedish foreign news section, recalled that women reporters were not as controversial or discriminated in the 1880s as they would later become,

“…when the results of Strindberg‘s hatred of women made itself known. Nor was the struggle of life and competition so sharp, as it has later become. The women pioneers were generally treated with sympathy and interest, even by the men, perhaps because they normally did not regard them as dangerous competitors.”

Betty Friedan American writer, activist, and feminist. A leading figure in the women’s movement in the United States, her 1963 book The Feminine Mystique is often credited with sparking the second wave of American feminism in the 20th century. In 1966, Friedan co-founded and was elected the first president of the National Organization for Women (NOW), which aimed to bring women “into the mainstream of American society now [in] fully equal partnership with men.” Some of the founders of NOW, including Friedan, were inspired by the failure of the Equal Employment Opportunity Commission to enforce Title VII of the Civil Rights Act of 1964; at the Third National Conference of State Commissions on the Status of Women they were prohibited from issuing a resolution that recommended the EEOC carry out its legal mandate to end sex discrimination in employment.
Friedan asserted that women are as capable as men for any type of work or any career path against arguments to the contrary by the mass media, educators and psychologists. The restrictions of the 1950s, and the trapped, imprisoned feeling of many women forced into these roles, spoke to American women who soon began attending consciousness-raising sessions and lobbying for the reform of oppressive laws and social views that restricted women.
On August 26, 1970, the 50th anniversary of the Women’s Suffrage Amendment to the Constitution, Friedan organized the national Women’s Strike for Equality, and led a march of an estimated 20,000 women in New York City.

Friedan also founded the National Association for the Repeal of Abortion Laws, renamed National Abortion Rights Action League after the Supreme Court had legalized abortion in 1973.

In Sweden the 1960s signified a great change. A debate about gender discrimination in the press, followed by the general debate about gender roles during the second-wave feminism, quickly raised the numbers of female reporters in the press from 1965 onward. In 1970, Pernilla Tunberger became the first woman to be awarded Stora Journalistpriset.
– The period of feminist activity and thought that first began in the early 1960s in the United States and spread across the Western world very quickly and aimed to gain greater equality for women with men by giving them more rights than just voting rights, including rights on domestic issues (such as clothing) and in employment.

Eileen Welsome (born 1951), won the Pulitzer Prize while with The Albuquerque Tribune for her investigative reporting on human radiation experiments on people during the Cold War.

Martha Gellhorn (1908–1998), an American novelist, travel writer, and journalist, who is now considered one of the greatest war correspondents of the 20th century. The Martha Gellhorn Prize for Journalism is named after her.