Time to get out of the gridlock

In the wee small hours of the morning, Donald Trump lashed out, once more, at the EU over Brexit, responding to the news the UK would be given a “flextension” to 31 October to sort out its nightmarishly chaotic divorce from continental Europe.

“Too bad that the European Union is being so tough on the United Kingdom and Brexit.”

but he warns us with his known rhetoric

“Sometimes in life you have to let people breathe before it all comes back to bite you!”

We have no idea how much this time Donald Trump really knows what is going on in Europe and why he would consider the European Union giving an unfair treatment to those who want to leave the Union.

To the Americans he loves to present the EU as a power pleasure organisation taking advantage of the US on trade for many years and willing to do so with the UK as well. Though he assures the EU

“It will soon stop!”

In fact, the WTO has handed down unfavourable rulings to both the EU and US in recent months. In March, it ruled Washington had failed to stop giving Boeing illegal tax subsidies, and last year issued a similar ruling against EU subsidies to Airbus.

We can imagine that Trump may laugh with the ‘quiet dream’ of Donald Tusk that Britain will stay in EU, certainly now Theresa May got a longer extension than the prime minister wanted, but shorter than many in the EU were pushing for.

Brexit minister Kwasi Kwarteng has insisted that delaying Brexit until October will give the government time to get an exit deal through parliament.
He told BBC Radio 4’s Today:

“It is not a secret that we have had a difficult time in trying to get the deal through the House of Commons.

“Parliament is in gridlock at the moment and I think that we have got the time, hopefully, to get the deal through.

“But it’s been challenging.

“I think that the extension is long enough to get a deal through.”

rather than the length (we may reckon).

When would more Mp’ies go to see they should perhaps better give the voice again to the public an d know that it’s time for them to bite the bullet and say,

“Let me finish with a message to our British friends:

this extension is as flexible as I expected, an a little bit shorter than I expected, but it’s still enough to find the best possible solution. Please do not waste this time.”

“I think it’s always best to have a piece of something than all of nothing.” 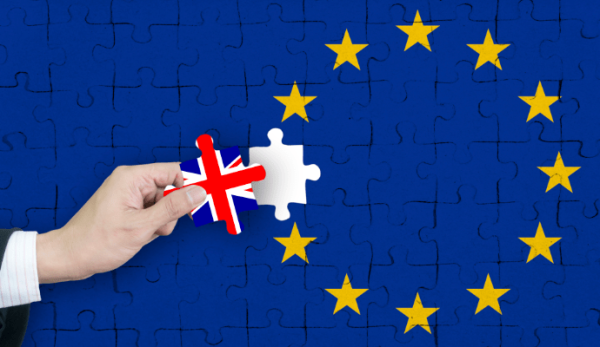 British Parliament hostage its citizens for even more months

8 Responses to Time to get out of the gridlock