Freshwater bodies, on which billions of people depend for water, food and transport, are heavily affected by nutrient run-off from agriculture, chemicals and pathogens in untreated wastewater, heavy metals from mining and industrial effluents.
Lack of access to clean water and sanitation is a major cause of child mortality.
Pollution can have a serious impact on fish and other biodiversity in sensitive freshwater ecosystems such as rivers, lakes and wetlands, and polluted freshwater can go on to contaminate land and soil and coastal waters. It hosts disease vectors such as cholera-causing Vibrio bacteria and the parasitic worms that transmit schistosomiasis. 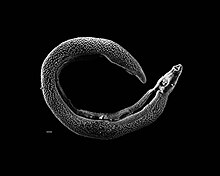 The Schistosoma, small, parasitic flatworms (family Schistosomatidae) commonly called blood flukes, bringing inflammation of the intestines, bladder, liver, and other organs. We should know that next to malaria, it is probably humanity’s most serious parasitic infection, being endemic to some 74 countries and affecting at least 200 million people yearly in Africa, Asia, South America, and the Caribbean, and therefore should be taken seriously and fought against by making sure the waters should be cleaned and by taking care that in rural communities, where hygiene is poor due to poverty, the authorities taking measures to create an infrastructure to support adequate health care services. The disease Schistosomiasis, also called bilharzia or bilharziasis is ordinarily contracted by working, bathing, or swimming in water populated by snails that carry the worms. The parasites were first identified as a cause of the disease in the 1850s by Theodor Bilharz (hence its other name Bilharzia), a German pathologist working in Egypt.

Today Schistosomiasis, is still widely found in riverine areas. But both snails and flukes are also most common in areas where fields are irrigated. Schistosomes also parasitize birds and mammals. A skin rash called swimmer’s itch results from bird schistosomes trying, only partly successfully, to penetrate human skin. They die in the upper skin layers, and their decomposition causes local infection.

We should not only treat the children but should make sure the disease can not spread. When we know 120.3 million school-aged children and 99.6 million adults are affected we should take this serious and make a priority of getting the water and the fields clean. Our society should also try to take away the stigma which comes over affected people. Stigma has significant effects on treatment adherence, and affects socio economic status, potentially leading to conditions that favour reinfection, or co-infection with another neglected tropical disease. Though we should now that actions taken to day shall not bring a direct solution because the parasitic worm infections can last for many years, causing severe pain, physical disability, delayed development in children, and social stigma associated with deformity.

Marine and coastal waters receive waste and pollutants, including debris, oil, heavy metals and radioactive waste, from land-based sources and from the marine shipping, fishing and extractive industries.

Nutrients from agriculture are causing dead zones in coastal water, harming local fisheries. Many farmers do not seem to bother how much of their fertilisers and insecticides go deeper in the land and pollute the groundwater or just flows into the canals, streams and rivers to end up polluting the seas.

Persistent organic pollutants including pesticides, threaten coral reefs and seagrass beds. They accumulate in the marine food chain, posing a risk to birds, mammals and people, including indigenous peoples in the Arctic region.

Millions of tons of plastic waste are entering and spreading through the oceans every year, posing risks to ecosystems and human health that are not yet fully understood.

All people should become aware how our underwater ecosystem is really in great danger. The coral reefs with their change of colours and their death rate, giving us signals and a huge cry for help.

The brownish-green specks are the zooxanthellae that most shallow, warm-water corals depend on for much of their food. (© osf.co.uk. All rights reserved.)

Lots of reefs get destroyed by the boats passing, by the overfishing and destructive fishing, bringing lots of damage to the ridge or hummock formed in shallow ocean areas by algae and the calcareous skeletons of certain coelenterates, of which coral polyps are the most important.

Like we see the rainforest under great treat, the “rainforests of the sea,”which are home to a spectacular variety of organisms is even under a bigger risk, the danger many football-fields of surface being killed and creating a shortage of food, protection of shorelines, jobs based on tourism, and even new medicine. Those underwater paradises are troubled by the pollution, warming, changing ocean chemistry and in some places, reefs have been entirely destroyed or in many places have become a pale shadow of what they once were.

The ridiculous point of it is that it is very easily destroyed but takes a long time to grow a big coral colony or a coral reef, because each coral grows slowly. The fastest corals expand at more than 6 inches (15 cm) per year, but most grow less than an inch per year. Reefs themselves grow even more slowly because after the corals die, they break into smaller pieces and become compacted. Individual colonies can often live decades to centuries, and some deep-sea colonies have lived more than 4000 years. One way we know this is because corals lay down annual rings, just as trees do. These skeletons can tell us about what conditions were like hundreds or thousands of years ago. The Great Barrier Reef as it exists today began growing about 20,000 years ago.

It are not only the warm water coral which is in danger. Also the deep-sea corals that thrive in cold, dark water at depths of up to 20,000 feet (6,000 m). Both stony corals and soft corals can be found in the deep sea. Deep-sea corals do not have the same algae and do not need sunlight or warm water to survive, but they also grow very slowly. One place to find them is on underwater peaks called seamounts. They create the big cities of the sea, giving a habitat for many animals. Warmer water, pollution but also certain animals are a treat to them. Population explosions of predators, like the Crown-of-thorns sea stars, can result in a reef being covered with tens of thousands of these starfish, with most of the coral killed in less than a year. Some coral colonies have crabs and shrimps that live within their branches and defend their home against coral predators with their pincers. Parrotfish, in their quest to find seaweed, will often bite off chunks of coral and will later poop out the digested remains as sand. One kind of goby chews up a particularly nasty seaweed, and even benefits by becoming more poisonous itself.

American Somoa, 8 months apart The Huffington Post. Visser, Nick. Healthy, Dying Dead: This is what it looks like when a reef is bleached.

Rising carbon dioxide levels brings ocean acidification, which with the higher water temperatures cause corals to lose the microscopic algae that produce the food corals need — a condition known as coral bleaching. It is this severe or prolonged bleaching that can and does kill coral colonies and/or leave them vulnerable to other threats. Meanwhile, ocean acidification means more acidic seawater, which makes it more difficult for corals to build their calcium carbonate skeletons. And if acidification gets severe enough, it could even break apart the existing skeletons that already provide the structure for reefs. Scientists predict that by 2085 ocean conditions will be acidic enough for corals around the globe to begin to dissolve. For one reef in Hawaii this is already a reality. The Northwest Hawaiian Island coral reefs, which are part of the Papahānaumokuākea National Marine Monument, provide an example of the diversity of life associated with shallow-water reef ecosystems. There we also can see why it is so important to safe the coral reefs. In Hawai the area supporting more than 7,000 species of fishes, invertebrates, plants, sea turtles, birds, and marine mammals.

Kahului Point on Maui – taken 3 months apart. The Huffington Post. Visser, Nick. Healthy, Dying Dead: This is what it looks like when a reef is bleached.

Too many people seem to forget how coral reefs also protect coastlines from storms and erosion, and provide jobs for local communities, plus offering  opportunities for recreation.  Over half a billion people depend on reefs for food, income, and protection. Fishing, diving, and snorkeling on and near reefs add hundreds of millions of dollars to local businesses. The net economic value of the world’s coral reefs is estimated to be nearly tens of billionsoffsite link of U.S. dollars per year. These ecosystems are culturally important to indigenous people around the world.

Therefore we should protect the coastline and make sure that we call a halt to all extra burden to nature.
It demands a serious change in attitude of the consumers. We seriously need to think about the use of  fossil fuels such as oil and gas. Wwe all should take care that  levels of CO2 in the atmosphere shall be decreased so that it can not further bring damage to oceans and the precious ecosystem.

We should do our utmost best to reduce the further warming up of the atmosphere, this for protecting ourselves but also for the animals of this world of which between 8 and 50% of species worldwide are endangered and will become extinct due to climate change. We need to prevent further loss of ice, this going to bring higher sea levels making people having to flee flood-areas. And for the water we do have, we should take care it can stay clean as much as possible and shall be able to be re-used again and again. 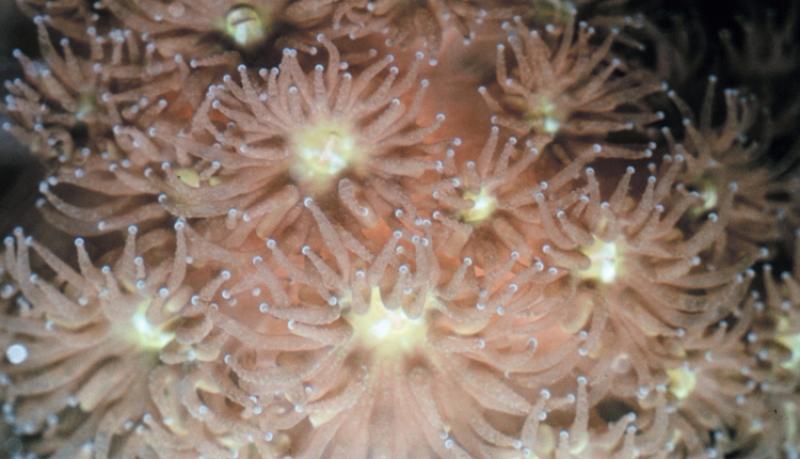 Stopping emissions will not stop the warming of our planet

Taking care of the drinkable water