Some may find it not right to see the the vote for Trump as a reflection of the deepening racism and chauvinism within the working-class and consider the reality to be quite the opposite.

I (or perhaps “We”) in Europe have the impression the very conservative religious people who call themselves Christian but do not live according to the teachings of Christ Jesus, want to have more control over their country to have it more as a country only for the white people and their ideas, conforming their religious thoughts. All those who believe in other matters than they, or want to express themselves differently than what they consider the “must follow ethics and values” are not wanted in what they call “Their nation”. Many of them even forgetting where their ancestors came from. Most of them even do not know the history of their forefathers, or do not want to know who were the real Native Americans, from who lots of land was taken.

The sinister narcissism of Donald Trump (seemingly) enabled by everyone else’s silent acquiescence brings lots of people feeling themself part of that great nation which can be in control over the whole world. This whilst the whole world looks at the danger that man can be, not only for his own nation but also for the whole world.

Already before going for the the first term of his candidature and presidency we wondered how the Republicans could allow such a man enter their ranks. Naturally he was and is the man of lots of money, and for many Americans money and capital gain is their new god.

From one side lots of Americans want us to believe they are one nation, United, but when we look at the Republican Party and the Democratic party we even can not see unity in those two main parties of that great nation. We also wonder who those both parties really want to represent. Are they preferring to represent the interests of the ruling rich — the capitalist class or bourgeoisie — which stands in opposition to working people? It looks, like in our country, that lots of those American politicians have lost contact with the ordinary man of the street and do not seem to know what lives in the hearts of the people. As in more than one country in Europe, those politicians seem to have lost the feeling with the population but, love to do everything to present to them a (fake) ideal world where they promise a heaven on earth for ‘their’ people.

As in Europe many of those wanting to be in charge, love to lure the voters in their trap, seeking their favour and support, but when the people have given their vote and support, we can see that they are just being played at.

The vote for Donald Trump may have been, by and large, a protest vote against the meritocratic layers and a vote of those fed up with all the politics of the main politicians. Problem too is that after eight years of Bush and after eight years of Obama — sixteen years in total several Americans have the impression that their standard of living and life – the way of the working-class – has continued to decline, and as in Europe the working lower and middle-class having become more a slave instead of a free respected contributor.

Perhaps it is a signal of the times we in Europe have to face too: a giant middle-finger in the direction of the Establishment being the order of the day.

I had hoped the Democrats would have done everything to have the tandem of Hilary Clinton and Bernie Sanders going, but they were set up against each other, instead of working together. A lost chance. For me it was clear and still is clear that Bernie Sanders, who would be the best solution, is for most Americans to “Socialist” and his social ideas  seem to work as a red lap on a bull.

Democrat leaders and Republican leaders are perhaps more interested to have the lead position, instead of feeling empathy with what is really going on in the hearts of the American inhabitants.

David Rowlands from the Socialist Workers Party (SWP), [not to be confused with a party of the same name in Great Britain] finds that the struggle for women’s rights, first and foremost the fight for abortion rights, must stay in the streets, be lead by the combatants themselves and be independent of the Democrats and the Republicans. Though he forgets that their rights should be protected and that it is the state who has to take responsibility to make sure their rights shall be protected at all times. It is up to those in charge of politics, being the leaders of a nation to come up for all people who take part in that nation, be them male, female, bisexual, transgender, feeling for the same sex or preferring people of the other sex, of for those not interested in some one else, feeling to express one  or an other opinion or to believe in this or that. For centuries our society has tried to create a world where most people could freely express themselves. We should treasure that and protect it.

We must make sure that the struggle for the rights of women to control their own bodies, past and present and the rights of labourers can continue. We also may notice that “#Me-Too” might be a reflection, representing the politics of victimhood and defeat, which is the opposite of everything we fought for during the movement against Jim Crow laws and the second wave of feminism in the late 1960’s and early 1970’s.

In Europe we do have a great problem with youngsters who think they may do everything and who harass others in public swimming pools and parks. David Rowlands finds the fight against rape culture, being the “real” reason having the working-class beginning to scare politicians shitless. This would give the impression because it are mostly youngsters from a lower class now doing those things in public, what others might do behind close doors, that we should call the working class the guilty one, or should blame the higher class for what those youngsters are doing. One good reason is that the parents have no control over their children and that schools are not allowed to educate them properly in values and ethics we want to see in our society. 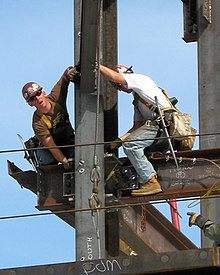 Working class, a term of great importance in sociology and politics

In schools and in civic life there should be a form of education, making it clear that we all need each other, no one can make it with out the other. All workers in the nation have also to find their way to one another.  In our ‘civilised society’ we need the development of class consciousness, and find politicians who can give space for the working-class and their allies to build unions, democratic associations and political parties. Problem with lots of American citizens is that for centuries they have been made afraid by their political leaders, of everything that had some social perceptions. Lots of Americans have been brought up with the idea of the “Socialism of Fools” which should be avoided as much as they could.

It always has been a handy weapon in the arsenal of the boss class to divert blame from themselves in times of crisis and to shift that blame onto “the Jews”, the “Communists” and to the “Immigrants”.
It is always so much easier to blame some one else instead of having to tell people one has done something wrong or has something done that was not so good in the end.

A strong and wise fighter who keeps believing in America