At my personal profile Google site, I tried to give a picture of why I came to think a certain way and why I made such a particular choice for such a small faith group like the Christadelphians.

Many governments did not notice how the youth had got certain other expectations. For many of us, the world did not take enough care of the environment and used everything just to make as much money as possible. In our eyes, the world got stuck by their gratitude for the American allies and was too hierarchical, and tradition-bound.

The French President Charles de Gaulle was on the verge of celebrating his 10th year in office. He had acceded to power in 1958 via extra-constitutional means, because of the Fourth Republic’s disintegration at the height of the Algerian War (1954–62).  The two main opposition parties, the Radicals and the Socialists, had essentially collapsed, which meant that progressive political change via conventional parliamentary channels was all but ruled out and it looked more as if the general had created a quasi-benign political dictatorship.

It was, moreover, an era of impassioned “Third Worldism.” For us the images of carpet bombing, napalm attacks, and massacres of civilians by U.S. forces in Vietnam were horrible and something we could not allow to go on. The attack on the American Express office in central Paris resulted in the arrest of several students and brought the fire to the fuse. At a protest at the Nanterre campus a few days later in support of the students, more students were arrested. The French protests escalated and soon in Belgium students came on the streets as well protesting against the dictatorial regimes and the oppression of the Flemish community. 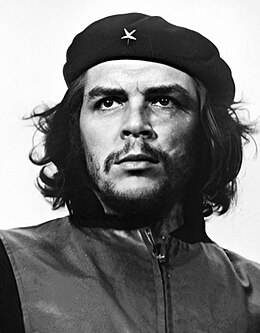 Most famous photo of Guevara, taken in 1960 during the funeral of the victims of the La Coubre disaster

Che Guevara was one of our heros, and the Bengali poet Rabindranath Tagore inspired us a lot. We also loved several Eastern philosophical ideas as well as many French and English Utopists their writings. Charles Fourier and Robert Owen their ideas of communities of people living and sharing with each other attracted us a lot.
Man had become too individualist and materialist, we found, and we had to return to nature and to the brotherly love as presented by the Nazarene master teacher Jeshua Ben Josef and Ben HaElohim, better known as Jesus Christ. Raised in a so-called Christian world, we did not see much in practice of those teachings, but noticed a more ruling dictatorial Roman Catholic Church, trying to push through her laws and rules everywhere, always protecting her hierarchical clergy and business managers who exploited the workers. 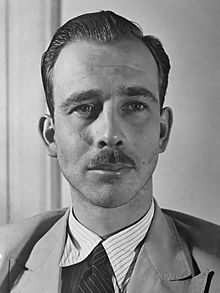 Jan de Hartog, born to a Dutch Calvinist Minister and professor of theology (1943)

The Dutch-American author of Holland’s Glory (Captain Jan) and  The Hospital, about the 1960s Houston charity hospitals, Jan de Hartog was for me a great writer and an example of how we had to help each other and serve the poor and needy ones. Him being affiliated with the Quakers and Shakers, made me look more into that celibate millenarian group that established communal settlements in the United States in the 18th century. As a dancer I also was attracted to religious groups where dancing, whirling, and singing got much attention in the worship. The Shakers their model farms, orderly and prosperous communities, and fair dealing with outsiders proved to me that it could be possible to bring people together, making them all constructing a nicely developing society. Also the Brethren, Amish and the Mennonites with their will to stay close to nature and not to use unnatural or non-organic products attracted me a lot. Convinced of the need to return to the use of pure natural resources, I also went to help in a community where organic products were processed and the first rice waffles were produced.

The Shakers were the first to package and market seeds and were once the largest producers of medicinal herbs in the United States. At home, my father who had his laboratory and produced medicines, also had a keen interest in natural medicines, homoeopathy and phytotherapy. I was and still am convinced man has come to live in unison with nature.

We were convinced we had to stay young, meaning vivid, always eager to create new things, whilst taking care of each other in a booming society. Working with each other, together going for a goal, seemed to be a more successful way than creating all individual “strebers” trying to enrich themselves instead of the whole community.

4 Responses to Looking at an era of international “youth culture”