When looking at the youth of today, for me it looks like we are confronted with a “pampered” or “spoiled” generation.

The apparently well-adjusted, mainly conformist, upper and middle-class youth may be said to typify success within a specific cultural system. In the previous decades normally they had it better than their parents, but at the present, it looks like they are going to have it much more difficult to survive and live properly than the boom children. The Baby boomers took care of their children to have a good education and looked for their grandchildren to be pupils at leading schools.

For most kids now we can say they had the support of parents throughout the growing- up process, whilst our ‘after World War II’ generation had to struggle to find our way in an education we wanted to follow for a job we wanted to do, which in many cases was a profession which was not yet well-known or accepted by our parents. Girls underwent the most difficulties to be accepted as student as well as a full professional practitioner.

During and after the war, the father’s will was law. On the whole, the youngsters have identified with their parents’ outlook and way of life, obeyed the codes of their teachers, passed the necessary examinations, acquired the diplomas and certificates that were going to admit them into the business and commercial world at a reasonably well-paid level or that would give them access to high-status professions. Some came from lower class families and have risen in the socio-economic hierarchy by their hard work and natural ability, but the great majority have been born into the middle and upper classes and have been socialised in the appropriate norms.

Today we see that many youngsters being in the mid twenties love luxurious expenditure believing it can give them a nice cosy living and, like we also can believe, that such expenditure is good for trade because it makes money circulate and therefore increases employment. 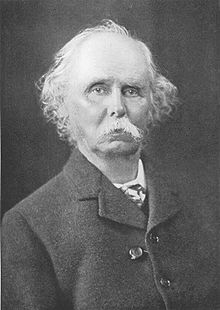 Alfred Marshall, one of the chief founders of the school of English neoclassical economists and the first principal of University College, Bristol (1877–81).

Classical economists, down to and including one of the most influential economists of his time, Alfred Marshall, had no hesitation in declaring that this reasoning was based on a fallacy. They agreed that the maintenance of racing stables or private yachts or the purchase of magnificent furs or jewellery does give employment to those engaged in the trades concerned and that the localities in which these trades are situated benefit from such expenditure. It was clear for him that the duty of economics was to improve M. Marshall noted that, in the short run, supply cannot be changed and market value depends mainly on demand. Therefore many factories created an unnatural demand, by stimulating the youngsters to buy their product, which would make them a better or more respected person than someone who did not have such a product.

We can accept that in a longer period, machines and buildings wear out and have to be replaced, so that the sale price of the product must be high enough to cover such replacement costs, but today we see more products sold at unreasonable prices.

The large amount of capital and labour which was required to make and equip yachts and racing stables, and this capital and labour in the 19th and early 20th century was withdrawn from other uses to which it would be put. If the wealth consumed extravagantly were saved and invested, the volume of capital would be increased, the rate of interest would tend to fall and there would be a larger demand for labour to produce goods consumed by other sections of the community, argued Marshall.

Whilst the youngsters in the 1960s seemed to have very personal political views, the present generation of 20-year olds seem not so much interested in politics and like it to have their opinion profiled by likes on social media.  In the 19th century the youngsters were more likely than not to be conservative or mildly liberal, since these were the values they had been brought up to respect. In the 20th century we could perhaps still be considered conservative but we wanted such a change that many became considered socialist or were negatively called ‘communists‘. In those times as today the youngsters their future prosperity, moreover, depends very largely upon the stability and perpetuation of the existing system.

Though already for some years, the present system seems to show cracks and giving signs of danger that it soon can come to collapse if we are not prudent enough.

I am afraid we are inclining again to a time where some of the young males are inclined to treat women just as objects or as as idealised inferiors and on the whole are well-content with a social, economic, and political world that gives them a monopoly of opportunity, authority, and autonomy. We are well aware that this shall also create some psychological stresses to which they will be exposed arising from anxiety about living up to family expectations and doing at least as well in life as their parents, but mostly wanting to boast to friends and colleagues. Some of the more sensitive ones may also feel themselves constantly challenged by the ideals of political democracy to defend themselves against the accusation of elitism and class privilege.

Many having been brought up with a comparatively good health service and in a bland social climate that stresses the community’s responsibility for its children, having enjoyed a fair general standard of education but not finding a job in the subject they were formed in, them becoming very frustrated and loosing all hope in the present society.

From those who leave school there are some who do not believe they shall be able to get a proper job, and others are prepared to take on any job as long as it gets some money in the till. The previous years they could seek employment in skilled manual work so that, financially at least, they were going to receive high wages at an early age and so come to have a considerable stake in the political stability of modern industrial society. But the last few years we come to see that many have to work hard, expecting good pay, but receiving not enough for what they are doing. They see money as a means to enjoy their immediate leisure in the form of stylish clothes, cars, drink, music, sex, and all the sensuous good things of life. When they get a little older and consider it time to settle down, they will want a modem house or flat in a new town or in a suburb, but more and more they come to see that it becomes more difficult to reach their goal and that companies are making use of them, whilst not giving them the righteous rewards.

At the moment many youngsters still may enjoy their gadgets and way of living, but when getting older and more settled they shall come to see the better values of life, but also how they are only just a tiny cog in a larger whole that they cannot control.

Their lives, like in previous centuries, will become increasingly home centred. This time that generation generally often politically inert and, in Great Britain, Belgium, France and the Netherlands, unlike many their Socialist grandparents, do not see any need to go on fighting the old class war. Their links with the old working class culture and traditions are hence growing weaker, even when they themselves are part of the working class. They are the new, almost classless, self-confident young people of an affluent age, who are unlikely to show radical political attitudes. On the contrary, they are as likely as not to regard those members of the same social class who are unemployed or in much lower status and less skilled work as constituting, in time of economic depression, a threat to their own recently won high standard of living.