How to look back at Cop26

Negotiations at a repetitious summit looking for long-term solutions

After a fortnight of negotiations which began with 120 world leaders attending the UN Glasgow summit, several richer countries did show once more that economic gain is more important for them than saving the planet and/or helping poorer countries to keep their head (literally) above water.

We also should remember that switching to wind power and electric cars, are not in themselves long-term solutions, and the consumers shall have to rethink how to handle material goods. Our world needs a much more radical transition, comparable to when man started with the industrial revolution, which can be considered as one of the culprits and causes of the present precarious situation.

This year a series of deals by countries and businesses on cutting methane emissions, curbing deforestation, switching to electric cars, driving investment in clean technology and phasing out coal power were announced alongside the formal negotiations, as part of efforts to drive “real-world” climate action, but everyone agreed that there should come another talk next year to further work out the way for halting global warming.

Protesters reason to raise their voices

We could ask if all those present in the congress hall would have seen and heard the inventive and colourful protests which took place outside and inside the venue at the Scottish Event Campus on the banks of the Clyde. For years now, thousands of people called on their leaders to act now and not to wait any longer.
While tens of thousands of people took the streets on the middle Friday and Saturday, marching through Glasgow calling for urgent climate action it looked again that those worldleaders are not sufficiently aware of the urgency of handling the global warming and climate crisis.

Each of us and the ecological footprint

The world leaders should know it is not just the ordinary people or consumers their fault, this world has to undergo so much pressure from pollution along all sides. Though those people should know they can do much more than they think. They themselves should take much more into their own hands to avoid the globe warming more. As consumers, we do have a responsibility not to be underestimated.

Far too long too many people have been buying goods without thinking how they were produced, by whom and at what conditions and at what ecological footprint. Much too often we hear voices claiming that there are just too many people on this world and that it would be better to make sure that the population of this globe would be reduced.

It can well be that there is a human overpopulation, though when we would divide the space better there is still enough space and food for more people. In the past, there have been wars to take care of managing the population in certain regions. Concerning shifts in climate, people travelled to other regions when forced by the weather conditions. For this, we should better go deeper into the historical aspects and look at environmental history, palaeoclimatology, and archaeology. We better should also look at studies, how past complex societies were faced with climatic shifts or the anthropogenic degradation of their environments, so that we might be better equipped to grasp the unprecedented predicament we find ourselves in.

As in the past diseases also took care of diminishing the number of citizens at a certain place. We had the black pest or black death, the plague, Spanish influenza and now, hundred years after the influenza pandemic of 1918-1919, Covid-19 disrupting people’s livelihoods through a second year, having killed already lots of people and having others choosing to defer having children, also when they look how our world is evolving (in the bad way). 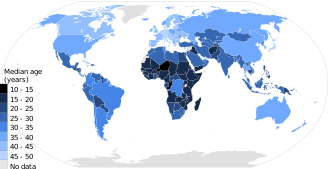 In previous times, people did not get so old as now, and we can see that people shall still grow older. Those ageing populations may be seen as the inevitable symptom of our success, which is not a bad sign. In several industrialised countries, contraception helped avoid having more children than the country can support well. But this avoiding having more children and the ageing population brought also the worry about how to take care and pay for the growing number of non-working people against the slower group of working people, having to provide the financial source to support those elderly.

People should be more aware that the population may grow but not our earth. The resources of our planet are not eternal. What is going wrong at the moment is that in our so-called civilised countries too many people are overusing natural products. To be sustainable, humanity should not consume in a year more resources than our planet is able to produce yearly.

Importance of how to use natural sources

World leaders should make their citizens more aware of the importance of how using natural sources and how to keep in control the environmental impact that each individual must have in order to achieve a good level of human development. Though some leaders are still not convinced several people, communities, cities, businesses, schools, faith groups and other organisations are not waiting until they will come up with a solution or shall take action. Those conscious citizens have been fighting like their lives depend on it — because they do.

UN Secretary-General Antonio Guterres said the planet was “hanging by a thread”.

“We are still knocking on the door of climate catastrophe… it is time to go into emergency mode – or our chance of reaching net zero will itself be zero.”

For sure our world at the moment is out of “Eco-balance” and many do not want to see or understand it. And once more we thought and hoped that the world leaders would tackle that subject seriously and righteously at the UN climate change summit in Glasgow.

It is not bad that we can see some agreement, countries willing to meet next year to pledge further major carbon cuts with the aim of reaching the 1.5C goal, though it would be much better and more solving if they went for pledges, fulfilling more than the limit global warming presented now, to about 2.4C.

“We would like to express our profound disappointment that the language we agreed on, on coal and fossil fuels subsidies, has been further watered down,”

“This will not bring us closer to 1.5C, but make it more difficult to reach it.”

That is what disappoints us so much!

The run-up to COP26 revealed the flaws in the architecture of the Paris Agreement:

failing to abide by past promises brings no penalty.

Many of the world’s worst climate offenders, from China to Mexico, Brazil and Australia, did little to nothing to enhance emissions plans despite pressure to do so.

The negotiations, which were supposed to end on Friday evening, dragged into Saturday when a meeting designed to close, the talks plunged into a floor fight over rules being drawn up for carbon markets — something that’s been unresolved in the six years since the Paris deal was signed.

The deal agreed Saturday will guide the trading of carbon credits between countries. It included concessions to Brazil and other nations arguing for loopholes. Those had been resisted for years by countries concerned that doing so would open the door to massive double-counting of emissions cuts. Developing countries — including China — also won concessions on how much they will have to publicly reveal about their efforts on cutting emissions.

Boris Johnson calls it a “big step forward” that a deal has been reached at the COP26 climate summit in Glasgow, after nearly two weeks of negotiations, but says there is a huge amount of work still to be done.

The Glasgow Climate Pact which has been agreed has been labelled everything from historic and aggressive to fragile and disappointing.

Some say that the measures taken, are some of the strongest seen in the past 30 years of climate talks. Rich nations agreed to double the amount of cash they’ll offer to vulnerable countries, and for the first time, fossil fuels were mentioned in a COP agreement. Many countries voiced serious disappointment because if every government sticks to its promises, the world will still face a temperature rise of about 2C, which would lead to devastating impacts all over the globe.
The overall consensus from delegates was that it was better to have an imperfect deal than no deal at all.

There was a massive Earth hanging from the ceiling at the COP26 conference, which Greenpeace flew a “not for sale” banner up to on the last day, using helium balloons

“It’s meek, it’s weak and the 1.5C goal is only just alive, but a signal has been sent that the era of coal is ending. And that matters.

We can wonder how long youngsters would want to accept such low results. She warns

“Young people who’ve come of age in the climate crisis won’t tolerate many more outcomes like this. Why should they, when they’re fighting for their futures?

It is once more a lost battle.

“Glasgow was meant to deliver on firmly closing the gap to 1.5C and that didn’t happen, but in 2022 nations will now have to come back with stronger targets.

The only reason we got what we did is because young people, Indigenous leaders, activists and countries on the climate frontline forced concessions that were grudgingly given. Without them, these climate talks would have flopped completely. Our once stable climate is now breaking down around us, you see it every day in wildfires, hurricanes, droughts and melting ice. Time’s up, we’ve run out of road, and as a matter of self-survival we need to urgently mobilise to create irrepressible pressure that finally ends the era of all fossil fuels.”

What is important to remember is that

We’ve moved from richer nations largely ignoring the pleas of developing countries for promised finance to tackle climate change, to the beginnings of a recognition that their calls should be met. Now we need developed countries to scale up their offer of support and finance.

COP26 President Alok Sharma was first very afraid it would turn to no result, but got in the night a relief, finding

“a fine and fragile green thread which is weaved around this balanced package.”

“The world is willing us on to be bold,”

but that boldness was something that climate negotiators and national leaders made certain to calm ahead of the conference. Every country was supposed to enhance its goals for cutting emissions through 2030. But it was clear weeks before delegates showed up in Scotland that wouldn’t happen.
That means the heavy lifting will have to happen after Glasgow.

Shifting towards a cleaner economy

A Miracle of Unity at COP21

Natural capital in concept works. They know it, we know it, but how come it rarely translates at the coal-face of sustainable development?

The European Union – the environmental challenges and your voice

Tackling climate change can be a driver for growth and jobs

How We Can Make the World a Better Place by 2030

Shifting towards a cleaner economy

Challenges of the Post-Pandemic period

8 Responses to How to look back at Cop26