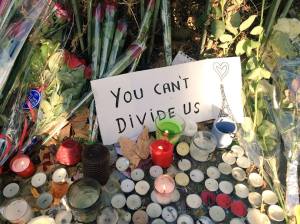 In Paris and other places in Europe we may find people expressing moral outrage and horror at the actions of the terrorists in Paris whilst simultaneously proposing that we withhold protection from refugees fleeing such violence in their own countries — it is entirely contradictory.

The appalling violence in Paris on Friday night has shaken the world and provided once again for division in Europe and the Western states. Some politicians make use of those terrible events to bring more fear over the population. They with parts of the media and certain groups are now advocating the denial of sanctuary to refugees – people who have experienced the very same violence (at the hands of the very same fundamentalists) but as a daily reality. What happens here just a few times in a year is put under the magnifying glasses and used to demonise lots of people who have nothing to do with it.

Many do forget that the barbarism presented in Paris on the night of Friday to Saturday was only something of a couple of hours, whilst such barbarism goes on hour after hour in many parts of the Middle East. Not just for one weekend, but day after day, people hear the bombs and the fire-machines going of, everywhere lying corpses and blood on walls and streets and on people looking for a sanctuary.

The day after the Paris attacks, Trump told supporters at a Texas rally:

“What is going on is terrible. And when you look at what happened in that case: it was just reported, one from Syria and our President wants to take in 250,000 from Syria.”

This politician who likes to exaggerate and others calling names, would love to see the Americans forgetting it was only 240 000 less refugees the White House was going to allow into the United States, but who bothers?!

When the Americans are so proud over their

than that of Europe, why are they then so much more afraid than the Europeans, who also recognise it when it are their own people who organised terrorist acts (like the Belgian brain behind the Paris attacks)?

In certain places it is also thought that when a person has an Arabic name it must be a refugee, though many born in Europe from Caucasian parents have taken on an Arabic name when they became Muslim.

Also often forgotten is that now so many come into a panic and shout about the many killed, though every day many are killed by traffic incidents and regularly also at work people loose their life.

May we also question why this weekend in Paris is any different to any other country facing this exact turmoil every single day?

How many hash-tags are we seeing every day on all those killed somewhere in the world?

Do you see or hear from an international outrage for violence in non-western countries around the world?

What about, for example,

the 43 killed and 240 injured by a suicide bombing in Beirut, Lebanon on November 12th.

For the 57 killed and multiple people injured by a car bomb in Baghdad, Iraq on October 5th.

For the 50 killed and 500+ injured by a car bomb in Kabul, Afghanistan on August 7th.

More than 200,000 people have been murdered in Syria, by Both the government and terror groups like ISIS. Just one example is May of 2012, when 49 children and 51 adults were shot at close range in their own homes as other family members were forced to watch.  I’ve heard many people say that these individuals should “fight their own battles” in Syria – but how would you even begin to react when you have no weapons and while your own government is bombing your places of worship and the schools of your children? {Feelings on Refugees, Post-Paris Attacks}

Sabiha also finds blaming refugees for the mass destruction to be an absurdity at its finest. She writes

The refugee crisis is a clear indication of the instability in the region and the insecurity created by extremist groups and wars. They are fleeing from a world full of horrific endurance of violence, …..! {Get Real}

“Defenceless villages are bombarded from the air, the inhabitants driven out into the countryside, the cattle machine-gunned, the huts set on fire with incendiary bullets: this is called pacification. Millions of peasants are robbed of their farms and sent trudging along the roads with no more than they can carry: this is called transfer of population or rectification of frontiers. People are imprisoned for years without trial, or shot in the back of the neck or sent to die of scurvy in Arctic lumber camps: this is called elimination of unreliable elements” {The Purpose of Writing}

Politicians always find a way to describing something how it suits them. In history we always find cases of wartime winners who are said to had reason and to be the right ones to have won.

In the bloggersworld we may find already lots of writings trying to frighten people for the refugees and calling for hate to the Muslim world. Like at the previous attacks in West Europe these events give food for the Islamophobia and xenophobia.

This time nobody is winning and many are loosing a lot.

The event will be politicized, really for whatever reason it suites them for. Whether it be for increased gun control, tighter immigration laws, or increased defense spending, it will happen. Why? Because this offers people the best chance to get away with it, while emotions are running high. People will look away while politicians increase the violence against citizens in the Middle East or while they pass bills to take away freedom in the name of security. {Aftermath of the Paris Attacks} 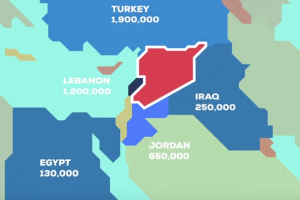 Having nearly half of a country’s population on the run is something which should get to our hearts. Some Europeans still may think those who come to Europe have not been forced to flee. But what should you have done in their situation?

They too are stigmatised in their own country and about 4 million people on the run are looked at with bad eyes by the Islamic fundamentalists, because they are betraying the faith and the country.

On several different occasions, ISIS members have vocally condemned the fleeing of these people based on their desire to form a controlled, local State in the Middle East made up of as many followers as possible – so while we can fear their infiltration of the fleeing refugees, it must be remembered that they have other priorities right now too. {Feelings on Refugees, Post-Paris Attacks} 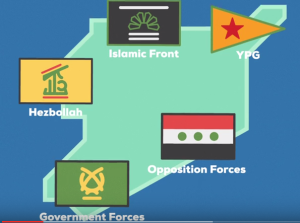 It is all too easy to refuse people coming into your own country but saying they may go to such or such other country or have to stay where they entered Europe. With the refugees we see the same happening as with windmills, rubbish incinerators and factories, nobody wants them nearby but all say they are needed. Many say the refugees must be helped but not many seem to be happy to have them in their neighbourhood.

As a Union of freethinkers and lovers of peace we should take care of those in need. Once people are entering our European community we should be even more concerned about them. We should not hold them back to find work but be happy if they can look for and find easily some work. Many of them have a good education and should be able to blend in with the workforces here.

We all should remember that perhaps the grass may look greener at the other side, it always shall not be so easy to leave everything behind and to go for so many miles to look for a better world. Why do so many of those so called Christians refuse others also to live in a better world? Why are those who have enough income afraid that others also find a job and a secure life?

The majority of those refugees did not want to flee their homeland.

Who wants to have to leave their country, with nothing and little knowledge of other strange languages, and make a horrendous trek to find safety, risking their lives and their children’s lives to merciless smugglers?

Why is the refugee crisis all over the news? How is this related to Syria? Why should we care at all?

The very emigration burst started when the wars started.

Refugees are as old as warfare, but it wasn’t until the United Nations designated a formal status for refugees in 1951 that we’ve had reliable data on the global population of people displaced from their home countries. According the U.N., more than 300,000 refugees and immigrants have tried to cross from the Middle East to Europe through the Mediterranean in 2015. {Time: See the Rise in the World Refugee Population in the Past 65 years} 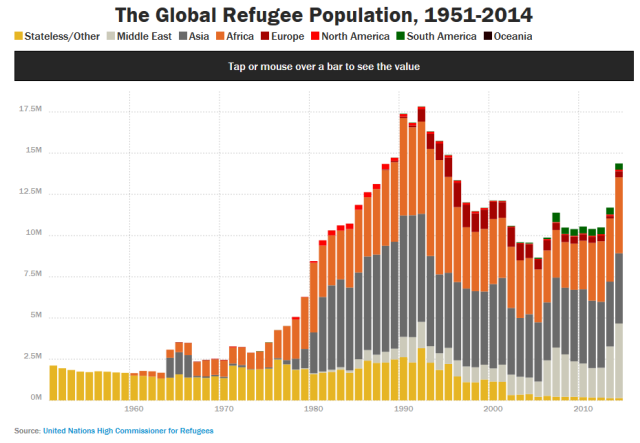 Can We Pay The Price To Free Humanity?