Mobilization of conscience on a global scale that will enable humanity to meet this great challenge confronting us. 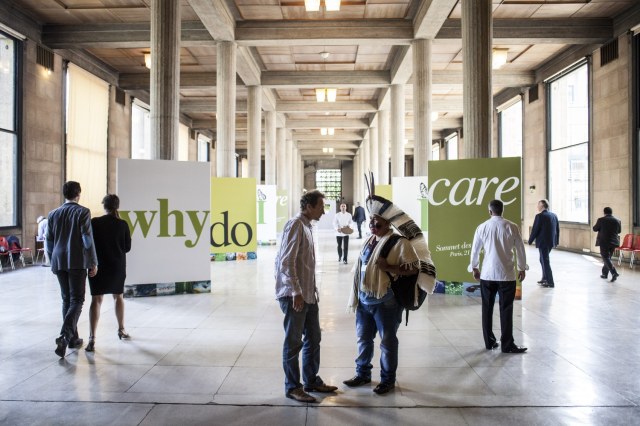 Being aware that 2015 is a dramatic year for making key choices for Humanity the pre-meeting in Paris called for us to to reinvent how we tackle the major challenges that face us and our planet. This calls for new ways of living and acting.

“I come from a country that is 0.3 percent emitter of carbon in the world and yet we are one of the most vulnerable nations as you have seen and witnessed with Typhoon Haiyan in 2013. Being a vulnerable nation that is not the cause of this vulnerability, we hope that the Philippines will be the first to show the outcome of this Summit,”

As a notable advocate of Climate Change Awareness having numerous achievements in the fields of social development and human rights advocacy on her palmares, chairing the Senate committees on Environment and Natural Resources, and Climate Change, she stated her commitment to launch a Summit of Consciences for the Climate in the Philippines.

“I will write a memo to President Benigno Aquino III and we will initiate and launch in all the cities and municipalities, barangays, and state universities and colleges all over the country our own Summit of Consciences for the Climate,”

M. Kofi Annan, Chair of “the Elders”, Chairman of the “Kofi Annan Foundation”, Former Secretary-General of the United Nations, who was greatly blessed by the birth of a third grandchild, which caused him to reflect on the world as he has known it and how it may look by the time this child would reach his age.

It was a sobering moment. I know that if action is not taken immediately to stop and reverse current climate trends, my grandson will live in a world where the average global temperature could be several degrees higher than when I was a child. The result will be suffocating heat waves, severe droughts, disastrous floods, and devastating wildfires. Entire regions would experience a catastrophic decline in food production. Glaciers and ice sheets would disappear, leading to rising sea levels – drowning cities such as New York or Venice and small island states.

This brings to mind what Nikita Khrushchev said when reflecting on the impact of a potential nuclear war:

“the living will envy the dead”.

“The earth is not ours; it is a treasure we hold in trust for our children. We must be worthy of that trust.”

We well be close to reaching the tipping point beyond which man-made climate change risks denying many children and their generation the right to a healthy and sustainable planet, we should know it is no science fiction, no movie and certainly not too late to take action.

Climate change is a challenge, which can and should be confronted. The history of humanity is a story of ingenuity when faced by grave threats.

It is good to hear that we already have success stories to inspire us and that since the the 1980s, when satellite photos revealed a massive hole in the ozone, already several steps are taken in the good direction.

Africa is already experiencing the damaging impact of climate change; yet no region has done less to contribute to global warming than Africa.

In 2012, Sub-Saharan Africa – without South Africa – emitted only 2 per cent of total global
greenhouse gas emissions. So it is unfair of our industrialised capitalist countries not to avoid that climate change will turn vast areas of productive land in Africa into dust
bowls, creating widespread hunger and mass displacement of rural populations.

Also in the talks at the Vatican was it made clear that our way of polluting and industrialising plays a big role how the life chances of people are. It is reprehensible how certain concerns like Nestlé go to take away the drinking water in India and South America to sell it at a high price in our regions. Having more places where lack of water, to much drought or dryness makes wastelands, creates increased competition and conflicts over arable land and fresh water amongst local communities and provokes tensions between states.

Though Kofi Annan thinks there is hope:

But by tapping into its vast potential of renewable energy, Africa can boost economic growth, create jobs, and avoid the high-carbon pathway that has brought the world to the brink of catastrophe.

His Excellency M. Michael Higgins, President of Ireland finds that climate change is the great challenge of our time, already challenging most severely those already poor, for whom, if we do not act, it will deliver devastation.

Ours may be the final generation with the opportunity to effectively respond to the now urgent effects of climate change.

he says, finding this year marking a defining moment for the future of humanity.

In this year 2015 we will decide on what must be a shared universal response to climate change – and on a practical agenda for action.
We will also this year decide on what should be sought as ‘development’ in the wake of the Millennium Development Goals, in response to global poverty and increasing global inequality.

The meetings in Addis Ababa, New York, Italy and again here in Paris, taken together, constitute a sequence of proximate and interlinked moments where the governments of the world are confronted with urgent choices, choices that cannot be avoided and may give us some positive expectations knowing that several people who have something to say, are listened at by those in power in different states all over the world.

From previous debates and summits we have learned that we may not be too optimistic but have to be realistic, knowing that lots of ego‘s have to be convinced of the necessity to put the hands together and to join forces.
Leaders and their representatives the last few years have been presented with enough research documents by scientists and by enough opportunities to construct a new
order for humanity and for our planet.

The political and technical decisions that are to be made over the coming months may be complex, but ultimately the great challenges of our time are ethical and intellectual in their nature. It is especially fitting then, that we have been offered this opportunity by President Hollande to consider what are questions of conscience, of inter-generational justice, and that we do so here in Paris, a city at the heart of a great French intellectual tradition.

Those in charge of governments should put their own ego and their political party’s ego aside and should listen more to specialised people. They must begin with an acceptance of the evidence of science. For the Irish president it is now clear that failure to respond to the scientific reality of climate change may ultimately lead to the destruction of life
on our planet.

We must therefore unequivocally reject the position of those who would obscure the scientific reality of climate change in their protection of any narrow and short-term self-interest. The first ethical test is in accepting that there can be no compromise with truth.

Those valuable intellectual and spiritual contributions we have seen coming into the open for the general public, should not only inform that public but also inform a new ethical framework on which a new harmonious and sustainable paradigm not only of  development, but of true security, can be built, hopes the Irish president.

“This year alone we will dump 40bn tonnes of carbon emissions into our atmosphere. The World Health Organization says that air pollution causes over 7 million premature deaths every year and all over the world we can see flooding, monster storms, droughts and wild-fires that are completely out of control.”

“When it comes to moving the world to a sustainable, low-carbon, clean energy future, I believe the Science is in, the debate is over and the time for action is now. But despite clear scientific evidence and overwhelming support of the people, our national and global leaders are failing to seriously combat climate change. That’s why I have made a clean energy future my mission through the R20, just as I have done with Physical fitness for decades. And I strongly believe that religious and faith leaders can demonstrate in their respective pilgrim cities that this better future is possible, inspiring hundreds of millions of pilgrims to take action, just like Martin Luther King and Mahatma Gandhi inspired human rights revolutions.”

Prince Albert of Monaco finds that our mobilization proceeds from a personal journey which falls under our profound choice, meaning we want to give to our existence.

What we do, how we live, will have consequences for our children and those who come after them. The work committed by the different groups all over the world should get the world leaders to think and should get it also to them to allow each browse the turn, giving the intellectual, material and moral of understanding through education, information, training, tirelessly alerting our contemporaries. Giving them concrete prospects for change, progress and hope, according to the prince.

David Nussbaum, CEO of WWF-UK, having gained two theology degrees (though not sure those count as ‘spiritual achievements’!), and Chair of the international WWF Network’s Global Climate and Energy Initiative.

David Nussbaum, CEO of WWF-UK, grew up on a rural university campus, and had annual holidays in the hills of north Wales – so the natural world was usually close at hand.  For him

Some theological study of eschatology pointed me to renewed creation (rather than merely ethereal existence) as the end vision.  Years later, working in the packaging industry, we were getting to grips with the need for more recycling and improving the environmental credentials of our processes and products.

Working subsequently for Oxfam, I saw at first hand the dependence of people living in poverty on their immediate natural environment. Connecting this to biblical themes of justice and stewardship creates an imperative to action – recently captured in the papal encyclical ‘Laudato Si’ – ‘On Care for our Common Home’.

Cardinal Peter Turkson, Ghanaian president of the Vatican’s Pontifical council for justice and peace, who helped Pope Francis write the encyclical on human ecology published last month, said that the climate is a common good. The pope had asked the unprecedented ecological statement should be seen as an appeal for responsibility and a moral challenge to the global indifference to climate change.

“It is a global common meant for all but the costs are being borne by those who have least contributed to it.

This is something what we cannot overlook. We in the ‘West’ have lived like everything was at our disposal and could use everything nature provided, like nothing. Living in industrialised countries we should take our responsibility, and as I said in previous postings, we should be very careful what resources we use and from where we get our products at what cost.

The cardinal gave as message:

“At stake now is the wellbeing of the earth, our common hope. What we need is care. When we care for something it is with passion and commitment of the heart. That’s why Pope Francis called for care of the earth. A sense of passion is needed.”

It is now up to politicians and those responsible for great industrial concerns to show the world how they are concerned and how much they care. 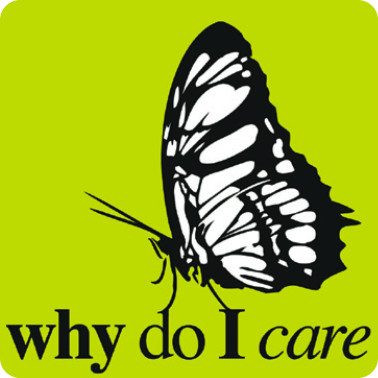