Nice is a very popular place by Belgians to go on holiday, but Istanbul is also a very great favourite.

The most populous city in Turkey and the country’s economic, cultural, and historic centre at the Bosporus, also spelled Bosphorus is one of the big attractions for Europeans. The Turkish İstanbul Boğazı or Karadenız Boğazı, strait (boğaz, “throat”) uniting the Black Sea and the Sea of Marmara and separating parts of Asian Turkey (Anatolia) from European Turkey by the  world’s narrowest strait allowing cruise ships coming in this eastern world by extension via the Dardanelles, the Aegean and Mediterranean Seas. Also many tours by coaches do find this metropolitan city, of 17 million inhabitants, on the map.

The West was frightened on Thursday night the 14th of July with Nice. On Friday followed the bad news of a coup in Turkey, just at a time many Belgian tourists headed to Turkey.

It seemed that, at last, the army found it high time to halt the fickle Islamisation by the Erdogan government.

Aziz Babuscu, an AKP parliamentarian from Istanbul saw in this military coup an attempt from the West to bring in more international power and more co-operation from Turkey with Europe.

“These international centres of power find it impossible to stomach a Turkey that is a regional leader.”

The Turkish politics became heated in the Belgian Limburg where several Turks got on the street to demonstrate and to attack those of the Turkish community they thought were responsible for the coup. Those who belong to the denomination of Muslims of the Gülen community were being attacked throughout the weekend, on which the Belgian minister of foreign affairs asked to leave out foreign politics from Belgian politics and to stop the attacks on the mosques and cultural centres.

President Erdogan was the man who had called up the Turkish community to go against the Muslims who are following their spiritual leader Fethullah Gülen, who lives at the moment in the United States of America and is the inspiration figure for its largest organization, the Alliance for Shared Values. Mr Erdogan called for him to be extradited from the US. Mr Gülen strongly denies any involvement and 68th  United States Secretary of State John Kerry asked for proof that he would be involved.

On Friday it looked positive having a press notice that Turkey’s military had officially declared a coup and said that it has “taken control of the country”, shutting down major bridges and Istanbul’s main airport,

“to reinstall the constitutional order, democracy, human rights and freedoms, to ensure that the rule of law once again reigns in the country, for the law and order to be reinstated.”

The previous months we had seen that once again the president had done everything to silence those who had an other opinion than him.

On Saturday the 1st army commander Ümit Dündar said on TV that the army did not support the coup. Also the former Turkish Prime Minister Ahmet Davutoglu condemned the ongoing military coup in the country as an “attack against democracy”.

“Turkey is a democracy. There is no question of legitimacy in Turkey. There is a legitimate government.”

Counting on it that the coup would fail the president used the television channels to call the Turkish people to come on the streets. It was very strange to see so quickly so many people coming on the streets with Turkish flags, as if so many citizens would normally have a national flag in their home.

In Turkey, but also in other countries like Germany and Belgium, Erdogan fans came on the streets making lots of noise and throwing stones in the windows of several mosques and cultural centres of the Gülen movement.

“Whatever is the price we will protect our democratic country”

Many Belgian Turks seemed to be convinced that Erdogan is the best president they have and has done the bes for their country. If they love him so much and do find he is so democratic, why do they live hear and do not want other Turks and Kurds living in our democratic country having their own Islamic faith and not the one Erdogan wants every citizen in his country to have?

After thousands of people heeded a call from President Recep Tayyip Erdogan and took to the streets an unseen killing took place.

Belgians enjoying their holiday at the same resort in Marmaris where president Erdogan was staying said they were asked to stay in their hotel room, but heard the shooting and came to know that the president could escape. Warned by his intelligence that a coup was in progress, Mr Erdogan left the hotel. As the president sped to the regional Dalaman airport, three of his staff were killed by the soldiers. At least two fighter jets followed and “harassed” Mr Erdogan’s private plane over the sea of Marmara, stopping him from landing in Istanbul for hours, according to a Turkish official.

In the capital Ankara, gunshots and loud explosions were heard, as military jets and helicopters were seen flying overhead, a Reuters news agency witness said. The  state-run Anadolu Agency reported that a military helicopter had attacked the Ankara police headquarters and Reuters said the parliament was surrounded with tanks. On television we could see how continues shooting took place from the helicopter but did not stop people climbing on the tanks and pounding on the soldiers who did not seem any chance against the big crowd. 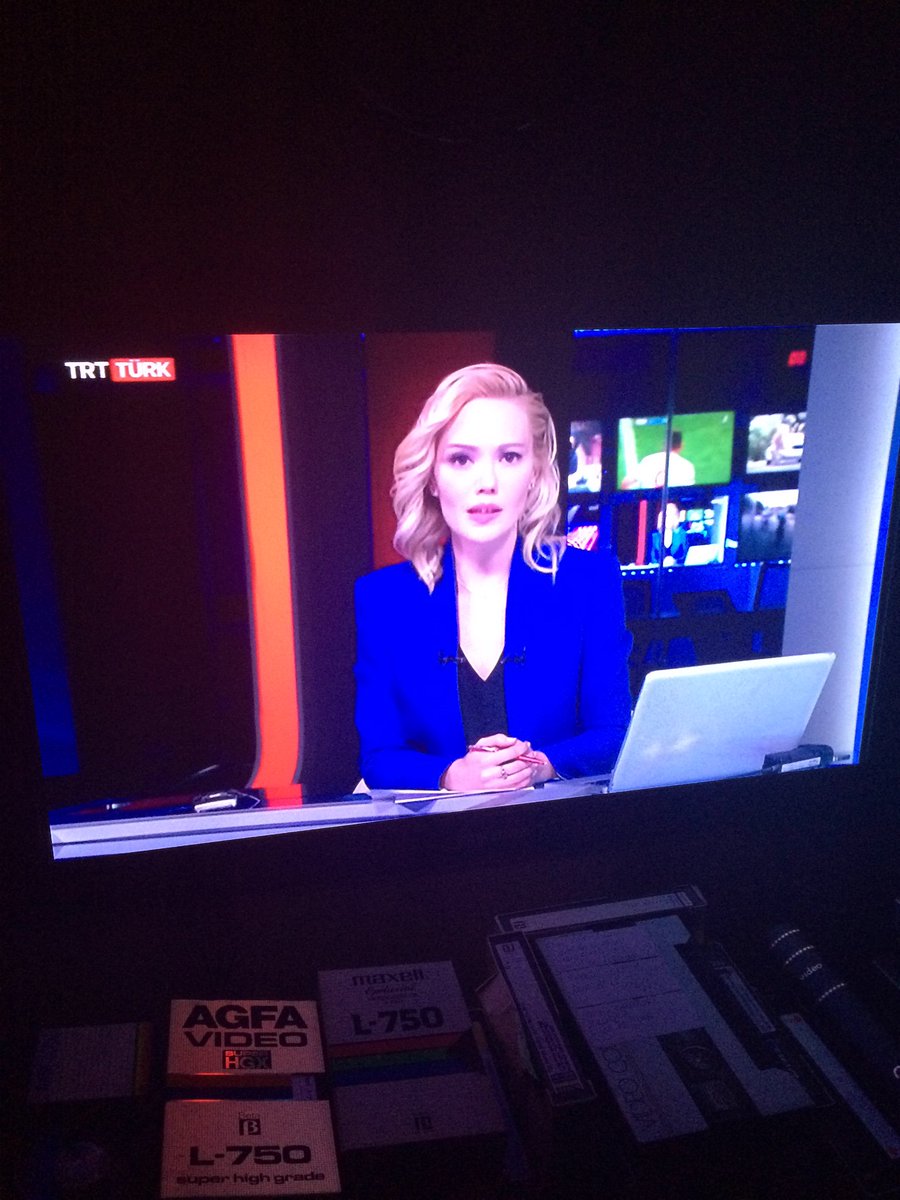 We also could see on television how soldiers had entered the government-funded television network’s building, ordered the channel off the air and taken the phones of staff members. A few minutes later a young lady read calmly a statement that a coup took place to stabilise the country again.

It was funny or surreal to see how the besieged Turkish leader was speaking from an undisclosed location into the camera of a mobile phone held by a newsreader at CNN-Turk. The presenter unclipped her microphone and held it close to the producer’s phone, and the camera zoomed in on Mr Erdogan’s face which looked determined to overcome this treason. He took the occasion to ask ‘his people’ to come on the streets. By the thousands they complied: confronting soldiers, lying in front of tanks and swarming the airport in Istanbul.

Also mosques were used to send the message by the loudspeakers, chanting out a salaa. That call, different from the five times a day call to prayer, is rarely used, usually after the death of an important person, and in this case, to warn, mobilise and encourage people.

Istanbul’s two major bridges connecting the Asian side of Istanbul to the European side, Bosphorus Bridge and Fatih Sultan Mehmet Bridge were shut down by the army, local television channels reported, but at the same time we could see masses of people going near to the tanks.

The soldiers shouted at people to leave, but they wouldn’t, so they started firing into the air, but the incited mass did not seem to have any fear.

1971, 1980 had soldiers intervening. In 1997 the last coup attempt failed and soon it looked like this one was also going to go into history as a lost case.

It became clear that both the Turkish military, one of the world’s largest, and the Turkish intelligence services, one of the world’s most active, failed to halt the infiltration of its highest ranks by men whose loyalty lay not with the country’s democratically elected government, but — so Mr Erdogan alleges — with an ageing, self-exiled cleric living on a small farm in Pennsylvania: Fethullah Gülen. And lots of Turks living in West Europe seem to believe that and do not want to consider it might ever be orchestrated by the man in power himself to strengthen his position with a coup de théatre.

What the reality might be, once more, lots of civilians found their death and were used as living targets for both parties.

At least 290 people were killed and more than a thousand were injured. Many government buildings, including the Turkish Parliament and the Presidential Palace, were damaged.

The conspirators, according to Turkish officials, included 24 generals, more than 20 colonels, at least 6,000 other soldiers who have already been detained, and another 3,000 still being sought for arrest and and 2,745 judges arrested very quickly after the failed coup d’état. Late on Sunday, Colonel Ali Yazici, the aide-de-camp to the president who had unfettered access to Mr Erdogan, was arrested.

Pro-Sharia Islamic supremacist Erdogan got support from many Islam Brothers and Muslim Brotherhood-linked groups. Some utter it is just that connection with the Muslim Brotherhood that had upset the army in Turkey.

“The army didn’t feel that Erdogan was seriously putting pressure on IS [Islamic State terrorist group, or Daesh in Arabic] as many sources has been indicating,”

Though Turkey is an important NATO ally in the fight against the Islamic State, sometimes it gives the impression to play a game with the West just to put pressure on it to join the European Union and to receive funds. The West is aware that Erdogan got his seat in a democratic way and that the people seem to like what he is doing and offering them. Though it might not be our cup of tea, do we have to respect the choice of the Turkish majority. But that does not mean we should give in to Erdogan and take the Trojan horse in our regions, nor that we should accept that Turkish immigrants play their little war here on West European grounds.

In Turkey, Sunday night thousands of people took to the streets for a “vigil for democracy” after the failed coup attempt Friday by part of the army. Turkish media reports about victory celebrations in cities across the country.

After this failed coup Erdogan’s position to reshape the army and the country even further, might be strengthened.

Turkey backlash “Restraint” was the keyword from the foreign affairs meeting on Monday. Both the US secretary of state and EU foreign ministers warned the Turkish government not to go too far in its reprisals over the failed coup. Ankara does not appear to be listening as a full-blown purge rips through the Turkish establishment. With Ankara set to file an application to extradite a US-based imam over the coup, a diplomatic storm is brewing.  {Financial Times – Brussels Briefing 2016 July 19} On Monday, Johannes Hahn, the European commissioner for regional affairs, suggested that Erdogan had been ready for a crackdown.

The arrests showed “at least [that] something has been prepared” because “lists are available already,”

Also Secretary of State John Kerry noticed that a lot of people have been arrested very quickly. He told journalists

“The level of vigilance and scrutiny is going to be very significant in the days ahead.”

If the Turkish government goes too far with its ongoing purge of thousands of military personnel, judges, and police officers accused of involvement in last weekend’s failed coup attempt, its actions could have consequences for the NATO alliance.

“No country can become an EU member state if it introduces death penalty.”

German press secretary, Steffen Seibert, stated that reinstituting the death penalty, what may Turks were demanding, will end Turkey’s accession talks with the European Union.

Kerry said he spoke with Turkish Foreign Minister Mevlüt Cavusoglu several times over the weekend and had received assurances that Ankara will respect the democratic process. U.S. State Department spokesman John Kirby clarified on Monday that there is no immediate threat of Turkey losing its NATO membership but that

“we are all watching what they are doing.” {Kerry Warns Turkey That Actions Could Have NATO Consequences}

Turkey a wolf in the sheep house of the European Union

Turkey witnessing a surge in xenophobia

Is Turkey attempting to resurrect the Ottoman Empire

Mountains of information, disinformation and breaking away