For months many debates over Britain’s membership of the European Union went on in the media. I thought the soup would never be so hot as it is served and that the than the many lies of those misleading the people. Many forgot this time it could really be to sink or to swim.

The grand opinion poll, backed by £150m of taxpayers’ money looks a farce which got many a hangover on Friday morning. The referendum has been another protest vote like the anti-EU vote of the European Elections in May 2014. The Eurosceptic and right-wing populist political party in the United Kingdom UKIP had a landslide victory outside of London.

More than 30 million people voted and presented a turnout of 71.8%, the highest turnout in a UK-wide vote since the 1992 general election. By a substantial margin the British expressed their disgust for the European Union. Strangely enough areas who have received lots of pounds from the continent voted to leave the union.

It has to be neck or nothing. After the not such high turn out of voters, it showed that perhaps not many are interested in the European Union or in their own country opposite the other countries. for many it perhaps did not matter so much if it was over shoes or over boots. by their absence they took French leave and created the possibility to have their federation and Great Britain to fall in pieces, leaving it behind shattered in an awful awakening from a bad nightmare.

It perhaps did not look like a vote to be decided by self-interest groups like unions, business federations, nor high-profile celebrities. None of them are accountable for the vote. But the politicians who used this referendum as their useful leg up to the prime minister’s seat, have like the present prime minister backed the wrong horse.

After having told the English public for years that the EU was no good it became very difficult to proof to the inhabitants of the Great Nation Britain that it was not unsuitable. All the arguments pro Eu looked for many not valid, after it was pumped in their head for years how unfit the European Union was.

Having not given it an unemotional portrayal of facts we saw several ministers playing on the emotions of those who wanted all those immigrants out and on those who had so many fears because media exaggerated the matters and ciphers a lot.
As always we saw and heard many politicians stretch the truth. I do not know if they thought lies would not have legs, on the date after the voting soon the the truth murder came out. Many who voted for leaving the EU also found that those stories they had believed were not worth a button. Their twopence hung on the trees, leaving them, and us Europeans, with a hangover ready to take vengeance on Great Britain itself as well as on the 27 members of the European Union. Very soon, the wind started blowing with a vengeance in an already disrupted union.

Having complained all the time about the EU and never having shown the thankfulness for all the millions of pounds Europe pumped in Great Britain, the British citizens had taken over the negative thought of their politicians, who suddenly now came divided in two opposing camps, having one telling them it was in the end not so bad as they said before…..

For sure many billions of pounds/Euro’s are wasted in the European Union which can not prevent offshore bank accounts and tax avoidance or evasion on what was exposed to be an industrial scale. Also the clubs within the Club of special VIPs did not help and several European countries like Belgium having people in charge who mistreat their own flock squeezing them out like lemons, at the same time being unable to combat fraud, immigration and criminality.

Looking at the unsuccessful level of cooperation with France and other cross-border nations for Belgium has not been an overt convincing tool of a working union.

The Union has to sort out its relationship with the citizens and for sure has to avoid loosing to much money on unnecessary wasting posts like the regular ridiculous move to Strasbourg.

The European Union has to set an example as a warning to avoid a domino effect and should not allow months of negotiation between the leavers and the EU about the flavour of exit. Europe may not give those dreaming of an exit that it would be possible to ply a yoyo, if in 10 years’ time a country feels it made an emotional mistake voting for exit that Europe would be more than happy to readmit such a country even be it “moneybags” Britain.

I agree that there is a lot to renegotiate, but all the funding to Great Britain has to stop immediately and it may not take many months, and certainly not take more than 2 years to complete. Those who want to leave should be shown the doors soon and left with the consequences of their own choice. In case Scotland and Ireland want to stay in the Union they should be able to become independent countries where the citizens have the freedom to be a Scotsman or an Irishman as well as being a European citizen with all the full rights of that Union. this naturally would mean the end of Great Britain, but it was warned this could happen and the people did not want to know it.

Now great Britain has to face the devaluation of its currency, shall have boarder controls again with limitation of free travel and extra loss of currency by extra taxes (entrance fees, custom costs, etc.). It also shall have to spend time and loose a lot of energy and costs making new trading agreements.

When I was still living in the UK the population was not asked if they wanted to come in the European Economic Community (EEC). Those living in Great Britain had enough cheap products from the Common Wealth countries. A single market was not yet established in the 70ies of the previous century, and it was Britain that was Europe’s sick man. suddenly we were forced in buying too expensive European products, instead of our favoured New Zealand and Australian products. Today when those products for so far would leave an unacceptable ecological footprint and would cost a lot to bring to Great Britain, the British citizens shall have to face import and export duties and companies shall again have to bargain import licences.

Minister David Cameron has had to call the Brexit vote to appease right-wing Conservative backbenchers in Westminster as well as some of his own ministers such as Michael Gove. And he’s had to keep his word made to voters at the last General Election in May 2015. Wanting to avoid Conservative-versus-Conservative warfare the prime minister not willing to have a serious public debate on television took away the chances of showing the public what was really at heart. Sir Lynton Crosby, the Australian strategist who advised the Tories in their 2015 election campaign, advised to go to the Brussels summit trying to renegotiate and get better opportunities in 2017.

Cameron also hoping to clear his position and making himself a stronger speaker in the European Union by declaring himself as a defender of the Union, looking forward to see it grow this time his bet turned out the wrong way. 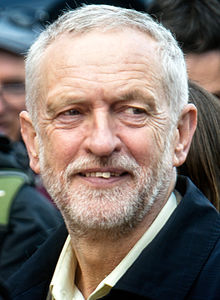 Also Jeremy Corbyn, facing a leadership coup on Sunday night, became a looser having lost more than half his Cabinet and seen more than 30 of his MPs revolt against his leadership over the last 48 hours.

Mr Corbyn, on June the 27th has lost 20 of his 31 strong shadow cabinet and seen a further 13 shadow ministers resign this morning.

Stockbrokers and betting offices also got red faces. Eurozone markets were hit by a selloff Friday after Britain’s vote to exit the European Union, an event many analysts expect could bolster further anti-European sentiment and increase tensions between nations in the common currency area. In case the European Union waits to long to end the connection with Great Britain it could be part of the economical downfall the island may expect for the coming few years.

From the few days after the voting it seems to be clear that Cameron’s gamble resulted in a pretty messy break-up and that the European Union shall have to be careful this situation does not become a serious virus or a cancer not been taken away soon enough.

Please also do find to read:

21 Responses to Backing the wrong horse