I do know some people like to say I am a dreamer of impossible dreams, sharing an impossible hope. I might be an utopist, or even hoping to belong to thinkers in line with idealistic social reformers, believing in a perfect or ideal existence.

Utopian is used to describe political or religious philosophies which claim that it is possible to build a new and perfect society in which everyone is happy.

And yes I do believe so, but I am aware that it is not easy to construct such a world where everybody lives in unison with their surroundings. I do not look at an impossible imaginary perfect world where everyone is happy. The world I dream of is a world which shall once come into realisation.

Since the collapse of communism in eastern Europe and the former Soviet Union, a number of theorists have argued that utopianism has come to an end. It has not; utopias are still being written and intentional communities founded, hoping that a better life is possible.

I am aware that society is continualy moving around, looking for ways to get in balance. According to me, when people would come to live according to the Holy Scriptures it would be so much easier to have all sorts of people living together in peace. I also know that many say it is just religion that is the cause of so much violence, but even when there would be nobody believing in a god or God, there still would be strive for more power and for certain people wanting to have all power in their hands. Strife is the father of all things, and social conflict is the core of the historical process.

For centuries men struggled against nature, and shall keep doing so for a while, to wrest a livelihood from her. We can see that in the process, they enter into relations with one another, and these relations differ according to the stage they have reached in their productive activities. It is a matter of finding a balance with those people all standing on a different step of the ladder of life, or of Jacob’s ladder. Also in the world of the working man not enough people are wondering how or willing to get work and quality of life in balance. Now with CoViD-19 we clearly see once again how certain people are trying to misuse this crisis again to have their capitalist dreams conquering the working man and pushing him into the corner of a poor life, becoming the contemporary slaves, where people might have the “Right to live” but without the necessary liberties. 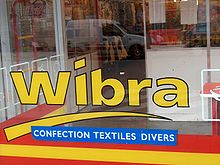 I believe each life has major challenges and great things happening in it. But we dare to face the confrontation and may not be blind for the exploitation of others that finds place in this world. Having my eyes on such awful exploitation of man and nature it might look as if I am not a realistic person, hoping to win the battle against such injustice. I consider that I still stand with both feet on the ground, even when others might call me a stupid dreamer. I believe that the naked truth is always better than the best dressed lie. And as such we have to see the truth, and may not ignore it or turn our face the other way.
In this capitalist greedy world I am sure that several people probably in the back of their head would have some questions about the (very) cheap stuff they can get in certain discount shops (like the Irish fast fashion retailer Primark, which offers a diverse range of products, including baby and children’s clothing, womenswear, menswear, homeware, accessories, footwear, beauty products and confectionery at questionable prices, along with retailers such as Wibra, Zara and H&M.). It looks like certain sellers of low budget, non-food and some food products with long shelf lives (like the international discount store-chain Action) are not concerned with making a lot of profit on the hood of young children and hard-working Orientals.

Many might find it normal that a division of labour has to emerge in human society, leading to the formation of antagonistic classes that are the prime actors in the historical drama, where nobody can do something against.

We do not have to go through revolutionary convulsions in order to reach a better world. When everyone can be stimulated to live according to worthy ethic and moral laws giving respect to each other person and each other created being (animals and plants) we can build up a world where everyone can live nicely and in peace with himself and with others.

In these days of pandemic crisis, we must be very careful that those with a lot of money and those in charge of companies shall not take this crisis to enrich themselves more by telling the workers to have to sacrifice their wages to allegedly overcome this crisis and by firing workers and personnel.

The present situation is now ideal to come to reforms or for looking for another way to build up our society. Now we could infuse a transformation of the existing system rather than its violent overthrow which otherwise will come in a few years time if we let this exploitation of people go on, like it has been going on the last decade.

We have seen a certain measure of economic and social stabilisation in Western Europe, but if we are not careful it is going to be destabilised by the people at the financial top and in power of the multinationals. Let us be very prudent how we want to solve this present impact of the pandemic on our economic and social life. Today we can find too many people who want to bring gloom over our society. People at the top want to picture our world as in danger to survive. They would love it when they could get more power by bringing lots of people in despair. Youngsters should be aware that the last few decades have shown this is not the way to evolve. Perhaps they shall come to see that my and others their utopian dreams, would not be so bad for them to help them create some better options for their lives than the ones society has inflicted on them so far.

We must show the people it is possible to become stronger and to survive this crisis with more possibilities than before. It gives us namely a possibility to reorganise all structures and to start from a new slide. It is no utopianism to believe we can survive this crisis and that it is possible to construct something better by our hope for a new construction of our society, this time working more together and for each other. To have a band of hopeful and hyper-competent people working together for the common good, might admittedly be a much harder sell these days than it was a quarter of a century ago, but we should go for it.

Intellectual servility a curse of mankind

3 Responses to Utopism has not ended