Even though the much-maligned and provocative 45th President of the United States of America may have disappeared from the scene, his comrade Vladimir Putin is still on the throne and no less talkative. Putin still insists on having everything under control, at home and abroad. However, he is annoyed by those who think they can do without Russia. He is therefore all too keen to show off Russia’s strength and splendour. To this end, he is even prepared to regroup his large army and bring it to the borders of those areas where he still rules. Like a little child who wants to bluff with what he has, he is putting on a grand display of power on the borders of Ukraine.

He is only too happy to make it clear to Ukraine that he will not be served by Ukraine joining NATO. 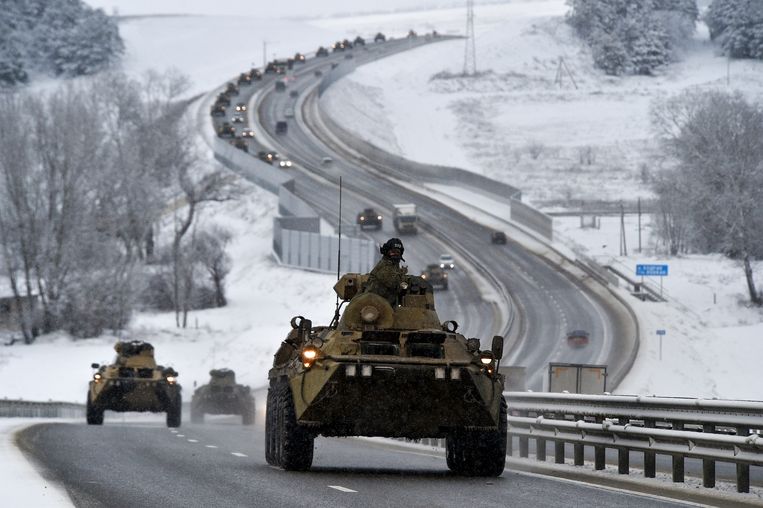 For some months now, there has been a frantic attempt to intimidate each other. Even though Moscow claims that it does not want to go to war, America wants to convince the rest of the world that Russia does intend to do so. The President of Ukraine does not like this at all and has repeatedly told America and the West that they should not scaremonger, just as they should not stir up the Russians, which could put the Ukrainians in danger if the matter were to escalate.

In recent months, we have seen US President Joe Biden rubbishing the warning of his Russian counterpart, Vladimir Putin, that Western support for Ukraine represents a ‘red line’.

Meanwhile, Biden has been working with his European allies to prevent a Russian attack on Ukraine. Reportedly, a series of initiatives have been prepared (in such case) to make it very, very difficult for Putin to do what people think he is going to do. At first, only many people outside Ukraine thought that Russia was gathering its troops around the Ukrainian borders to invade the country. A few months ago the local population did not think of such a scenario at all, but after America started to interfere more and more, they started to feel more apprehensive. In the last two weeks, they have become less comfortable and the ordinary people have also started to feel willing to volunteer to defend the country if necessary.

After the American newspaper The Washington Post wrote, at the end of last year, that Russia was preparing to invade Ukraine at the beginning of this year with a very large force, these alarm reports quickly multiplied. Several subsequent alarming reports were said to be based on US intelligence documents and conversations with anonymous sources.

Joe Biden, meanwhile, has already had several long talks with Putin, each time warning him that it could be a very bad thing if Russia were to invade Ukraine and face even more sanctions from the West.

New Western sanctions against Russia would be a big mistake and could lead to a rupture in mutual relations, while Russia now desperately needs Western Europe in their financial difficulties and vice versa. In any case, the West is threatening that if Russia wants to invade Ukraine it will come up with tough economic sanctions against Moscow, while Moscow should realise that shutting off the gas tap will hurt Europe less (with only a 4% reduction in gas) than it would do to the Russian community in terms of less currency income.

Russia emphasised that it wants firm security guarantees from the US, and that any US or Western sanctions would cause a complete breakdown in mutual relations. It also wants firm guarantees that the Western military alliance will not be expanded further and certainly not to include countries that border Russia or are linked to Russia in other agreements.

At the beginning of January, Jonathan Holslag, the author of Van muur tot muur: de wereldpolitiek sinds 1989 (From Wall to Wall: World Politics since 1989), wrote in a letter of condemnation that if war really comes, Europe’s armed forces will not be ready to respond.

Since mid-January, newspapers have been trying to scare the population in our regions with the news that the Russians could invade Ukraine at any moment and start a Third World War.

It has to be admitted that despite the efforts to reach a diplomatic solution, the situation in Ukraine remains ‘extremely dangerous’. That a Russian invasion could take place ‘at any moment’, as White House spokeswoman Jen Psaki claimed on 18 January, has still not become reality. We are increasingly getting the impression, however, that a daring poker game is being played in which both Russia and the United States are using all their propaganda resources. The danger lurks that these days another ‘false flag‘ will be put up, as was also done by the Germans to justify their invasion of Poland.

One cannot help feeling that these superpowers are nevertheless willing to find a ‘diplomatic way out’ of the Ukrainian crisis. Diplomacy is still not dead, and in our present world it is the best solution to avoid violence. There have been several talks, both in Geneva and in Brussels, in order to reach a fair agreement.

Both superpowers, meanwhile, continue to accuse each other of spreading ‘disinformation‘. In mid-January, in three rounds of talks with the US and NATO, the Russians demanded, among other things, guarantees that Ukraine would not be joining NATO. These talks yielded nothing concrete, because the Russian proposals are unacceptable to Kyiv and the West. Strangely enough, it was not made sufficiently clear that Ukraine will not be able to join NATO for the time being and probably not in the next few years, simply because one of the conditions for joining NATO requires that the country wishing to join does not itself have disagreements among its citizens over administrative areas in the country. The fact is that Ukraine has three areas in which rebels and pro-Russian soldiers are waging war. These internal conflicts have been going on for eight years and it does not look as if they will be resolved soon. It has even come to the point that many citizens are more than fed up with the current situation and express that they do not even care anymore where the border will be and who will be the next ruling government …. If only the whole thing would end, with them being under pressure from their incomes to be able to pay for the goods that have become scarce and to be able to find enough food in the shops. What is clear is that it is the ordinary citizen who suffers as a result of this whole scam. 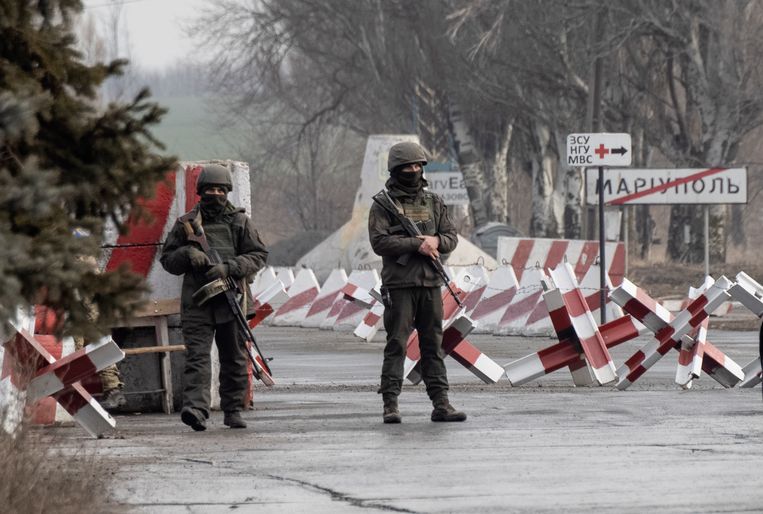 Ukrainian soldiers at a checkpoint on the border with the Donetsk region, which is controlled by pro-Russian rebels. Image AP

Meanwhile, the British government claimed to have information that Russia is seeking to help a pro-Russian government leader in Ukraine come to power, while meanwhile keeping the options open for an invasion of its neighbour. A statement published by the British Foreign Office on Saturday evening, 22 January, said that former parliamentarian Yevgeny Murayev is a potential candidate for the post though he himself has been on a Russian sanctions list since 2018.

At times there has been talk of 125 000 troops, at other times of 200 000, while now a figure closer to the truth is probably mentioned, with more than 130 000 troops stationed on the Ukrainian border.

Several countries now believe that we are heading for a time when diplomacy will no longer work and people will start to draw weapons. For this reason, many countries have called on their citizens to leave Ukraine if they are really not needed there. In any case, they do not want to experience situations like the one in Afghanistan.

The Russian Ministry of Defence states that the large-scale exercises continued, but that these groups will return to their home bases once their mission (or exercise) has come to an end.

“We have always said that the troops will return to their bases after the exercises. This is also the case this time.”

I would like to remind you that a more regular follow-up of world events is provided on my renewed platform “Some View on the World” to which I gladly invite you to be informed of new publications on its blog as well.

The world on the very brink of conflict 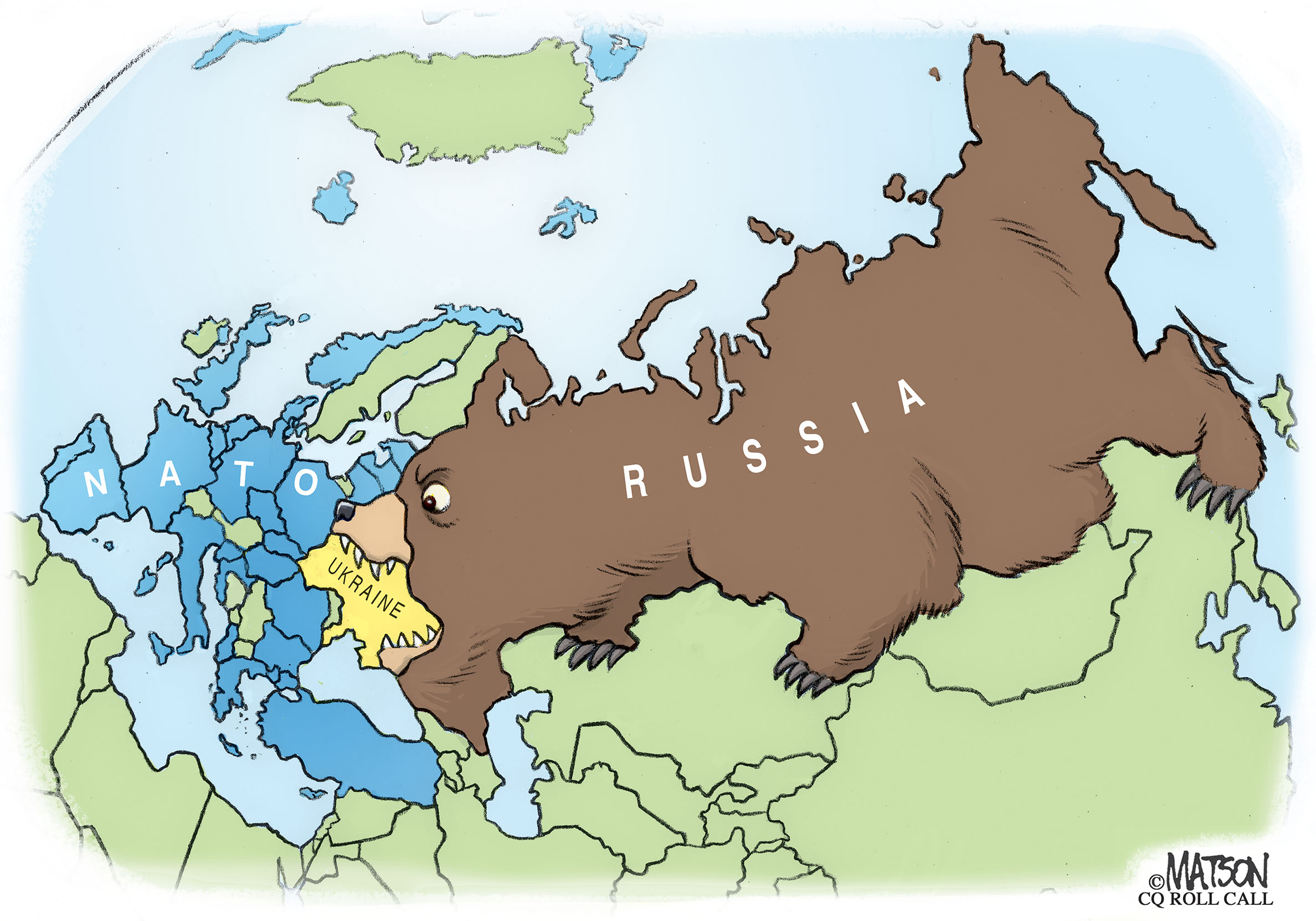 37 Responses to A useless but very dangerous challenge game