If one has to stick a label to the year 2015 can best hot labelled ‘Terror‘, or if you wish to give it a longer title “The Year of the ‘Fear of Islamic conquest.'” 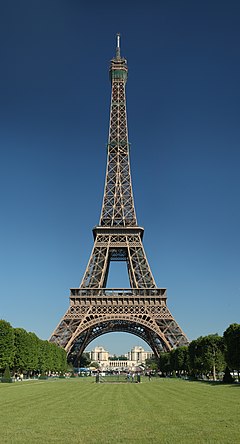 The triumph and ultimate symbol of the French nation, the Eiffel Tower, should groan under the threat of terrorism or Islamic fundamentalists

In the year that Mons, capital of the province of Hainaut and Pilsen (or Plzeň)  in western Bohemia in the Czech Republic were cultural capitals of Europe, Paris appeared to get more attention. It was her turn to two terror attacks calling attention and allowing France to keep it in the ban and being the talk of the day in Europe, while the ‘gang of facts “(the bloody raid of the Gang of Nivelles) became precluded by the lapse of time.

Around that terrible event many victims remain with a lot of questions and they should watch disappointedly how once more the Belgian judiciary has failed to assert justice.

Again, the court and the secret services in many respects appears not competent. The for two years ad nauseum bullying Microsoft fraudsters remain doing their business as usual phoning people all the time to lure them in their trick.   On impossible and possible hours they are bothering us with the message that something could be wrong with our computer system, which needs urgent help and they are there for the required repair. The acts of deliberate, large-scale disruption of computer networks, especially of personal computers attached to the Internet, by the means of tools such as computer viruses did not diminish. New tricks were presented throughout the year.

As the secret services and the cybercrime unit could not catch the criminals did not manage to terminate such false activities, they apparently also have difficulties to track those who convert to fundamentalist Islam and to prevent them from carrying out attacks.

Now that the group that wants to create an Islamic State (IS) is driven more and more like a wild animal in the corner, it has focused her claws on Western Europe, the land of the disrepair and decay. For the jihadis is a war against our community is justified because we have a pernicious culture here and are an insult to Allah (God). For them there is no freedom of expression to be reconciled with a community that is supposed to submit to the Supreme Power Governor Allah, God the Maker of everything. However, we can see that for them it is more about going to seize power and establish an empire for themselves,  where everyone submits to them and slavishly follow their rules, not quite consistent with the Koran or Quran.

Throughout the year IS infected and received the undeserved attention for their misdeeds forcing a fleeing crowd which by December got over a million refugees coming into Europe. After being fed up with the terror in their own country they did not see any other way to escape the ongoing violence and the difficulties of life, many people decided to leave their country to find peace and life assurance in the promised land of Europe. Who knows many who are now completely dilapidated, a few years later, shall come back to their region, from a bare fair. What were once beautiful areas and where many powerful relics were, from older cultures, now have become only scrap or ruins that nothing more can be said of the splendour which there must have been earlier.

By the end of the year many in the West preferred not to use the name IS any more, but instead to use the name ‘Daesh‘ this being considered by the jihadists of IS as a term of abuse. This West hopes by this to crass the anarchists their feelings and to hurt them for all the evil that they do.

Also for the in September 2000 been made and signed “United Nations Millennium Declaration” the Belgian government appeared not able to reach an agreement. It was  unfeasible for them and once more they made a fool of themselves for the whole world. Ridiculously they thought they could manage in two weeks what they previously could not yet in six years and when that not succeeded they were convinced to do it in 48 hours. Gaudy indicating that they could do it in 48 hours they were not able to present Belgians solutions against global warming at the first days of the December conference in Paris concerning the ,no result present for the Belgian commitments to achieve the Millennium Development Goals (MDGs) and how to reduce the pollution and get ready to fight global warming at the twenty-first session of the Conference of the Parties (COP) and the eleventh session of the Conference of the Parties serving as the meeting of the Parties to the Kyoto Protocol (CMP) took place from 30 November to 12 December 2015, in Paris, France.

At the Paris UN climate conference Belgium could eventually still save her face in the final analysis, so that this historic opportunity to put the world on course to meet the climate change challenge and together with other countries can enter the challenge. Finally our politicians are nevertheless aware that better internal political troubles best can be set aside for the common good of the entire community. With the realization that the world needs a new model of growth that is safe, sustainable and beneficial to all people, eventually a joint first step to improvements has been taken. COP21 aims for a clear path to deliver short and long-term milestones, and a system to help us measure and improve progress over time until we get the job done. The Paris Convention or Paris Agreement is not only possible, it is necessary and urgent. Now comes further that we can therefore count on everyone’s contribution.

Eurasian Economic Union (EAEU or EEU) an economic union of states located primarily in northern Eurasia. Establishment of the EEU was signed on 29 May 2014 by the leaders of Belarus, Kazakhstan and Russia, and came into force on 1 January 2015

The Eurasian Union, according to different American and European directors, is rather an agent of the Russian Federation in order to gain more influence over the former Soviet republics, and thus the old Soviet Union revive in a different guise.

In 2015 subsided the struggle between the West and the former Eastern Bloc.
The Crimean Federal District (announced on March 18, 2014 and on March 20 approved by the Duma) could bring its inhabitants have no rest and food supplies to the Crimea region also seemed quite subdued in 2015.

During the turbulent months of 2015, completely alert had to be the group that was responsible for foreign and defence policy of the EU. However, it was not so easy to get unanimous decisions at the meetings of the the Council of the European Union. The Member States of the union did not seem to come to an acceptable solution for the refugees and the fight against terrorism. The Common Foreign and Security Policy (CFSP) was monitored with suspicion by European citizens. Federica Mogherini who had taken over the presidency of Catherine Ashton, who was High Representative since 2009, we did get to hear not enough. But the European rule makers had their hands full to find solutions for the huge influx of refugees from several countries and to reassure European consumers about the realization of a multicultural society.

Those citizens looked alarmed at the ideas to let Turkey to be part of the European Union, which in my opinion would be deeply flawed and where many fear for that the country would have a too big impact on our culture. In 2015 the country did indeed already frantic efforts to hijack the West and Europe to get it on her knees.

Paris, France. 29th November, 2015. Protestors march in Paris during a rally against global warming on November 29, 2015 in Paris, on the eve of the UN conference on climate change COP21. – Anthony Micallef/ © Haytham Pictures/Alamy Live News

Time to consider how to care for our common home